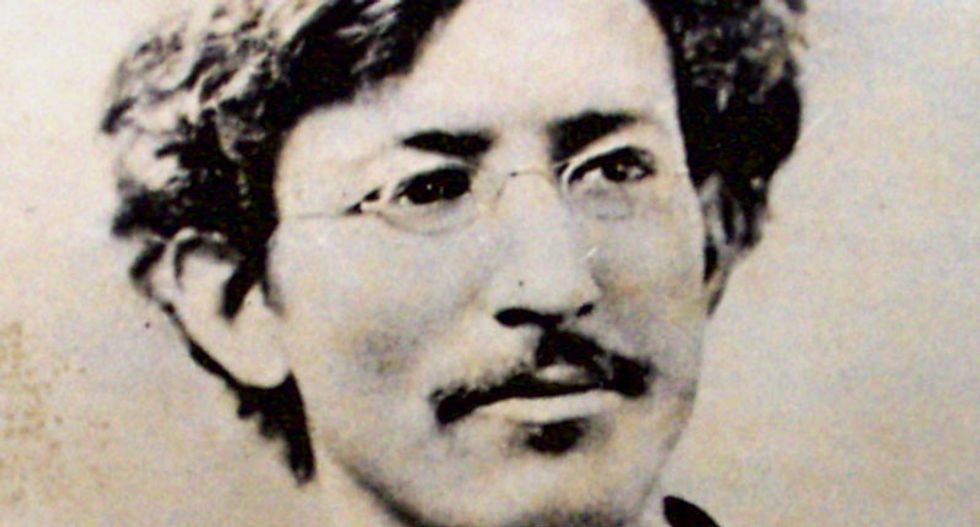 Civil rights activist and journalist T. Thomas Fortune was one of the most eloquent and instrumental voices of black America from 1880 to 1928. In 1883 Fortune, who was born into slavery in Florida, relocated to New York and became the lead editor of the New York Globe (subsequently named the Freeman and the Age), which quickly became the most widely read black paper of the era. Using the paper as his pulpit he became a prominent outspoken critic of southern racism, a promoter of racial solidarity and race pride, and an uncompromising advocate for civil and political rights of African Americans.

He was also the mastermind behind the creation of the nation’s first national civil rights organization, the Afro-American League, which provided the framework for National Association for the Advancement of Colored People. His writing and activism directly influenced a generation of black protest leaders of the late nineteenth and early twentieth centuries, including W. E. B. Du Bois, Ida B. Wells-Barnett, Booker T. Washington and Marcus Garvey. He has a significant, though often forgotten legacy, in the black radical intellectual tradition of the twentieth century.

In 1884 Fortune published his only book-length study, Black and White: Land Labor; and Politics in the South, a masterpiece that presented his radical political and social ideas with clarity and candor. The work contains a vigorous denunciation of racism as well as an optimistic claim that the black and white class struggle would end oppression in America. In this work Fortune also reflected on the political climate of post-Reconstruction America and the backlash that occurred in America’s failed attempt to expand democracy.  Reflecting on his words today one can see him prophetically predicting the fertile climate that could create a candidate like Donald Trump.

“Political parties in this country do not lead, but follow, public opinion,” he stated. “They hang upon the applause of the rabble, and succeed or fail in their efforts to administer the affairs of Government in proportion as they interpret the wishes of the rabble. Not alone do parties defer to the wishes of the illiterate, the ‘great unwashed’ majority, but individuals as well, who prefer to ride upon the wave of success as the champions of great wrongs rather than to go into retirement as the champions of just principles. The voice of the Charmer is all too powerful to be successfully resisted.”

“Republics have always been fruitful of demagogues,” Fortune continued. “Such vermin find the soil of democratic government the most fertile and congenial for their operations, because the audiences to which they speak, the passions to which they appeal, arenot always of the most reflective, humane or enlightened. Demagogues are the parasites of republics; and that our country is afflicted with an abnormal number of them is to be expected from the tentative nature of our institutions, the extent of our territory and the heterogeneity of our vast population.”

Donald Trump, now the presumptive nominee of the Republican Party, is a demagogue feeding off the climate of the country. His political ascent has been propelled by the rabble – the birther movement, anti-Obama and Tea Party rhetoric, xenophobia and a host of other sordid impulses in our political culture. Our institutions, particularly the Republican Party, appear too passive to demand anything better.  Fortune warned his readers of such political beasts over one hundred and thirty years ago. Is it possible we can do better?

Shawn Leigh Alexander is associate professor of African and African American Studies and director of the Langston Hughes Center at the University of Kansas.  He is the author of An Army of Lions: The Struggle for Civil Rights before the NAACP (2012); W. E. B. Du Bois: An American Intellectual and Activist (2015); and the editor of a collection of T. Thomas Fortune’s writings, T. Thomas Fortune: The Afro-American Agitator (2008).