Trump loses another Calif. delegate after Islamophobic pastor 'takes one for the team' 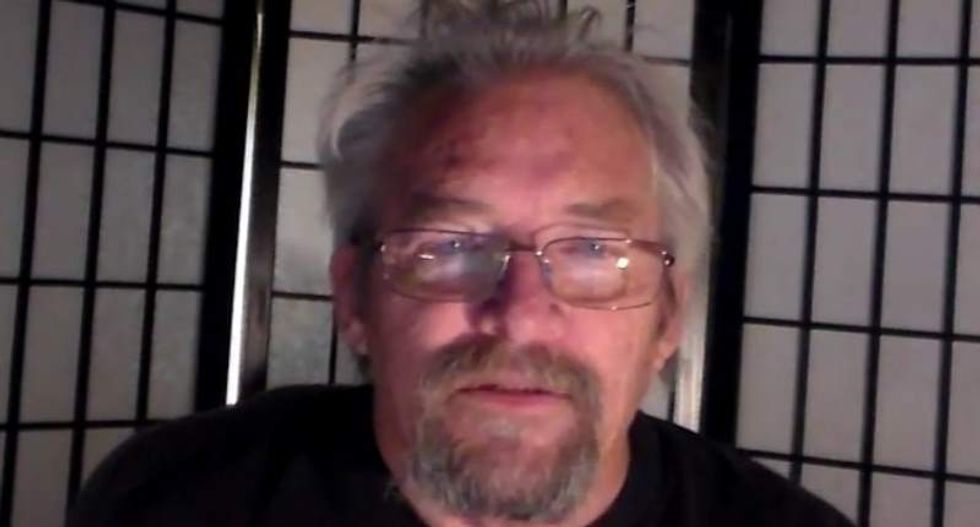 By Julia Carrie Wong and Nicky Woolf, The Guardian

The chaos over Donald Trump’s California delegation to the national convention escalated on Wednesday after a controversial, anti-Muslim pastor said he was standing down from the Republican presumptive nominee’s delegation to “take one for the team”.

Pastor Guy St Onge, who proselytizes frequently on Youtube, told the Guardian he was no longer a delegate. Onge has in the past shared social media postings appearing to advocate the killing of Muslims and last year claimed: “Barack Hussein Obama and his tranny wife Michelle hates the U.S.A.!”

St Onge, who is listed on the California secretary of state’s official list as one of three delegates pledged to Trump from California’s 35th Congressional District, declined to say precisely when he stood down. The list was formally submitted by the Trump campaign on Monday night.

However St Onge informed the Guardian of his decision to relinquish his delegate spot hours after reporters contacted the Trump campaign asking for confirmation the controversial pastor was among a colorful list of delegates, some of whom have a controversial past.

On Tuesday, the Trump campaign was forced to distance itself from another one of their delegates, self-avowed white nationalist William Daniel Johnson, who once called for a constitutional amendment which would revoke citizenship for all non-white Americans.

It is unclear if either St Onge or Johnson can be formally removed from Trump’s delegate list. California’s secretary of state said that the Trump campaign had attempted to send a revised delegate list on Tuesday, the day that news broke about Johnson’s inclusion. However, because they had missed the deadline the secretary of state decided the initial list must stand.

According to his voluminous social media presence, St Onge is an evangelical pastor living in Ontario, California. His numerous Facebook accounts, YouTube videos, and Tumblr page feature videos of his preaching, photos of himself carrying rifles and anti-Muslim memes.

One meme shared on one of his Facebook pages reads: “Allah SUCKS/ Mohammed SUCKS/ Islam SUCKS/ Any of you Hadji’s have an issue with me saying this, PM me and I’ll gladly give you my address. You can come visit me, where I promise/ I will/ KILL YOU/ In my front yard!!”

Reached by a reporter through Facebook, St Onge replied Wednesday afternoon: “I am no longer a delegate, by my own choosing ... I will take one for the team, Loyal to a fault you might say ... Jesus loves you, but not the trouble you try and cause for others.”

Asked about precisely when he ceased being a delegate, St Onge replied: “I have spoken to the appropriate people. thank you, Have a great day and may God bless you ...”

In a later message, St Onge wrote: “I see you are not a Christian so that tells me a lot about you and who you represent!!”

Asked about a report that he had once burned a Mexican flag, St Onge responded: “No, that is not true, even if it was, they burn ours don’t they?” The pastor then messaged a reporter several links to a video of two men, one wearing a Trump t-shirt, burning a Mexican flag. “I would call these men my brothers, US Citizen brothers!!,” he wrote.

According to a biography on one of St. Onge’s Facebook pages, St. Onge “was in a very bad world, full of drugs, motorcycles, gangs and cops and more” before he was reborn and baptized in September 1995. “For me my life used to be all about Sex, Drugs and Rock&Roll ... Now it is God Jesus and the Holy Ghost,” he writes on Facebook.

On 27 March 2016, St Onge posted about his application to be a Trump delegate on Facebook, writing: “I JUST SIGNED UP TO BECOME A NATIONAL DELEGATE FOR DONALD TRUMP, I WILL NOT FIND OUT UNTIL March 31, 2016. WHEN THEY DECIDE ...”

St Onge is the second California delegate to attempt to drop out after Johnson, a corporate attorney and prominent white nationalist from Los Angeles.

Trump’s campaign blamed Johnson’s inclusion on a “database error” and said he was no longer a delegate. The Trump campaign did not respond to requests for comment from the Guardian.

Mixed in with Bible verses and YouTube sermons, St Onge shares a wide variety of political material, including anti-same sex marriage memes, a meme featuring the Confederate flag that reads, “620,000 Died for this flag they deserve to be honored”, and a “Christian for Trump” image with the attached commentary: “Not saying Trump is a very godly man, but God can use anyone even evil to bless His people which are not just the Jews any longer but even the Gentiles now, for we are all under the same God ...”

Another post features a photoshopped image of Barack Obama and David Cameron kissing, with the caption “sodomites!!”