Trump slams former employee who accused him of sex harassment: ‘So much for a nice thank you’ 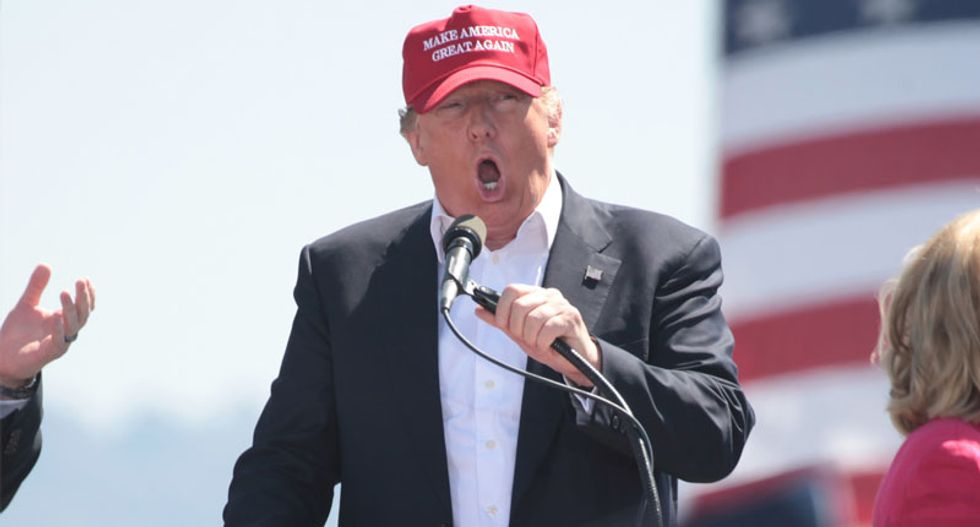 What's it like being a woman who works for Donald Trump? Probably not a lot of fun, if his recent comments on The New York Times' big expose on his treatment of women are any indication.

One of the women profiled in the piece was Barbara Res, who was Trump's head of construction in the 1980s. In the piece, Res says Trump would frequently talk about other women's bodies during routine business meetings and he even knocked Res for being overweight on one occasion. A normal person might have reflected on this behavior and concluded that it was inappropriate for the workplace. A normal person might even apologize for such behavior.

But Donald Trump, it seems, is not a normal person.

On his Twitter feed on Monday, Trump ripped into Res for not being grateful for all the things that he's done for her:

This is highly revealing of Trump's mentality: Namely, that any woman he hires should be grateful for his employment and that this gives him the power to say whatever he wants to them.

Trump followed this up with a tweet slamming Res for allegedly begging for her old job back once she left the company:

For the record, 15 of the 18 tweets that Trump sent out on Monday were angry responses to the Times' big piece detailing his past relationships with women. It goes without saying that the piece seems to have gotten under his skin.