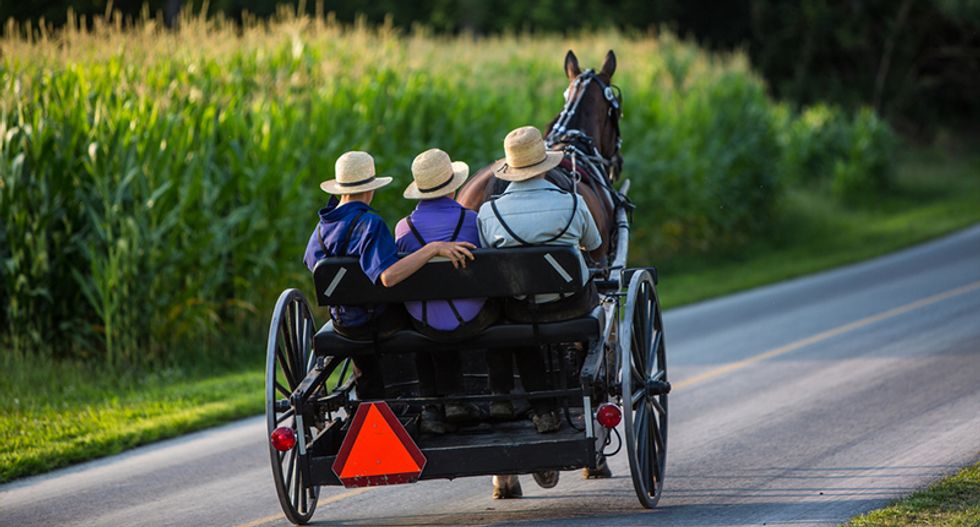 If there's one thing the Amish believe it's putting God and community ahead of the individual. Yet, staff with ties to Ben Carson and Newt Gingrich are counting on a conservative Amish vote to help elect their friend Donald Trump in November.

Calling themselves, Amish PAC, the group aims to replicate what George W. Bush was able to accomplish during the 2004 election when 10 million evangelical voters came to the polls to support Bush's reelection.

“The Amish and Mennonites are one of the most conservative blocs of potential votes you have in this country, and Republicans have done a very poor job over the years of doing that outreach,” co-founder Ben Walters told Lancaster Online.

According to experts on "The Plain," this is incredibly rare as most leave the Amish to live their lives in peace or outreach is done by trusted locals who know the families well. This effort is done from within the Washington, D.C. Beltway.

"I have never heard of this kind of thing before,” said retired Prof. Donald Kraybill, an expert on Amish and Mennonite communities. “I think it’s unprecedented.”

The super PAC expects to spend $41,000 on newspaper ads and billboards in the lead up to the election. While, Lancaster County, Pennsylvania might be home to the largest Amish population in the country, more than 50 percent are under the age of 18, which makes only 25-30,000 possible votes out of the 60,000 people who identify as Amish. But in a close race in a swing state, the PAC is counting on the support of the Amish to put them over the top.

Kraybill's published paper following the 2004 election outlined success for Bush's campaign with the Amish, but mostly due to morality issues. They liked Bush's stance against abortion and same-sex marriage.

“There are a lot of (political action committees) out there,” Walters said when asked who is donating to the Amish PAC. “This one can unlock new conservative votes. A lot of people in the Amish community have never voted before. That’s something that motivates conservative activists across the country.”