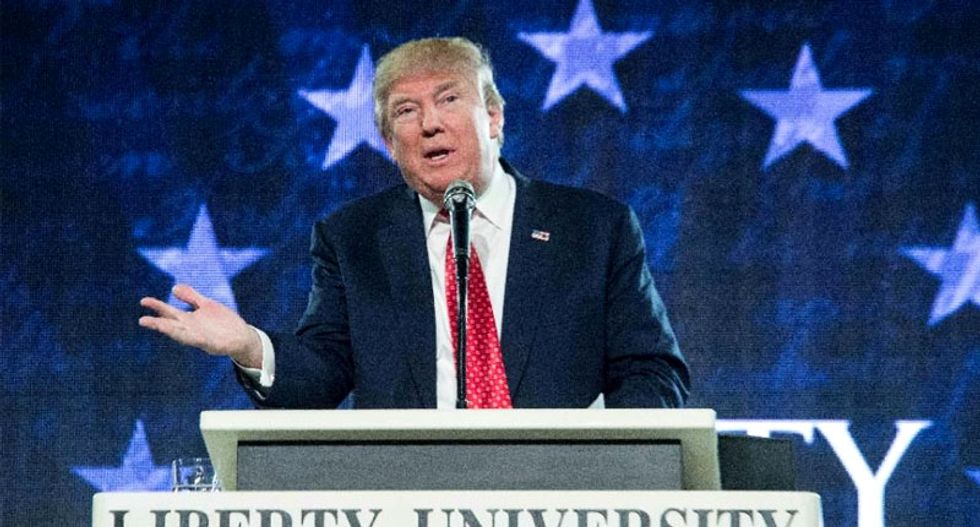 When Donald Trump laid out his plan this week to roll back U.S. environmental regulations to boost the ailing energy industry, it raised both the hopes and fears of the American Indians living near the heart of the country's richest oil fields.

The Republican presidential contender's agenda, laid out at an oil industry conference on Thursday in North Dakota, could bring desperately needed jobs to depressed communities that have come to depend on the oil drilling industry, but could also trigger worse pollution of Indian lands.

"We would like to see more drilling," said Gene McCowan, human resources director for the Trenton Indian Service Area, which governs the six counties in North Dakota and Montana where 2,600 Turtle Mountain Chippewa live.

"But we are caught in a bind because people are concerned about fracking and how that will affect the earth and water," he said.

The dilemma facing North Dakota's American Indians represents the broader tensions at play in the U.S. presidential election between jobs and the environment, as Trump and his likely Democratic rival, Hillary Clinton, clash over energy and climate change.

Trump on Thursday announced to a cheering crowd of roughly 7,700 people that he would sweep away initiatives by President Barack Obama to curb U.S. emissions and protect waterways from pollution, as ways to revive drilling and coal mining sectors that are in the middle of a steep downturn.

Clinton and her rival for the Democratic nomination, U.S. Senator Bernie Sanders of Vermont, meanwhile, have advocated a sharp move away from fossil fuels toward cleaner energy sources to cut pollution and slow climate change.

The split is felt sharply by the Chippewa, people who have been hard hit by both the global oil market crash since 2014, as well as the environmental impacts of the preceding drilling boom that spread drillpads and pipelines across the landscape.

“Twenty percent of our people have been laid off or seen cuts in salaries and it's going to get worse," McCowan said, adding that he will likely support Trump as the best hope of reversing the crisis.

Trenton is 14 miles southwest of oil boom town Williston. Until a year or so ago, locals were making $25-$30 an hour. Now, McCowan said, the number of people needing food stamps has risen 40 percent.

Residents said Democratic candidate Sanders has the most to say about income inequality and Native Americans issues, but is also most likely to curb fossil fuel development, depriving people of what they see as their economic lifeline.

Trump could be a hard pill to swallow for other reasons, other Native Americans in North Dakota said.

Ahead of his speech on Thursday, Nicole Robertson, a 41-year-old Cree Indian and communications strategist for the Mandan, Hidatsa and Arikara nations - known as the Three Affiliated Tribes - tried to ask Trump if he would recognize tribal sovereignty when it comes to land where oil is produced. Trump said he would have to look into it.

She later interrupted Trump when he launched an attack on Democratic Senator Elizabeth Warren of Massachusetts, repeatedly calling her "Pocahantas" - a reference to her claim she is part Native American. Robertson shouted out that his comments were "very offensive," interrupting his news conference.

She said afterward that she felt it was important that Native Americans be consulted on oil policy, both because of its economic importance and its environmental impacts.

"A lot of opportunities have come with the boom in the Bakken region in North Dakota," she said. "But we as indigenous people are original land stewards. It’s in our genes." She did not say who she would vote for in the election.

American Indians make up around 5 percent of North Dakota's population.

Kenneth Hall, a tribal councilman for the Three Affiliated Tribes, said he was also rankled by Trump's speech - even though it promised a much-needed economic revival.

“We weren’t even mentioned by Mr. Trump ... and nearly a quarter of oil production in the state comes out of our reservation lands,” he said. He said the tribes requested a meeting with Trump ahead of his energy speech but that Trump’s team did not respond.