WATCH: A retired veteran tells CNN how Trump University scammed him out of $26,000 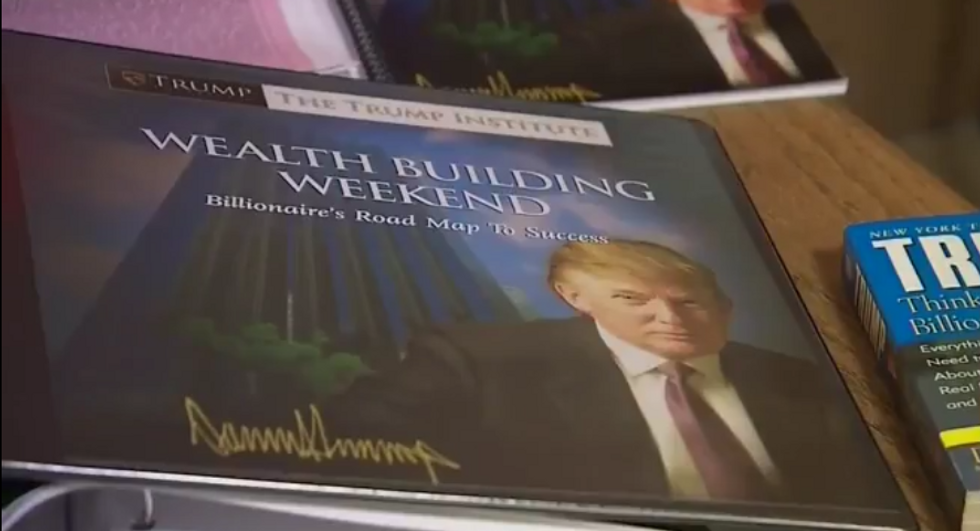 We're going to be hearing a lot more about Trump University in the coming days, especially after a judge whom Trump had bashed for being a "Mexican" recently ordered the release of several internal Trump U. documents that will be out by the end of the week. CNN spent some time talking with some former Trump University students who described how the "university" took $26,000 of his money and gave him almost nothing in return.

Felicisimo Limon, a retired Navy veteran of 40 years, took a free introductory seminar that convinced him to invest in taking real estate courses at the "school." However, after five days of "instruction," he says that he didn't learn any useful information and was constantly pressured by instructors to pay even more money than what he'd already forked over.

"What the heck are you talking about, more money and I'm not learning anything?" Limon asked rhetorically, before explaining that the courses taught no special real estate secrets or techniques. In fact, CNN says that the only thing somewhat useful he learned about was the benefit of "paying off the unpaid tax benefits of elderly people, keeping them in their homes until they die, but then taking ownership of the property." Limon said he found this idea to be immoral, which was when he decided that he'd had enough of Trump University.