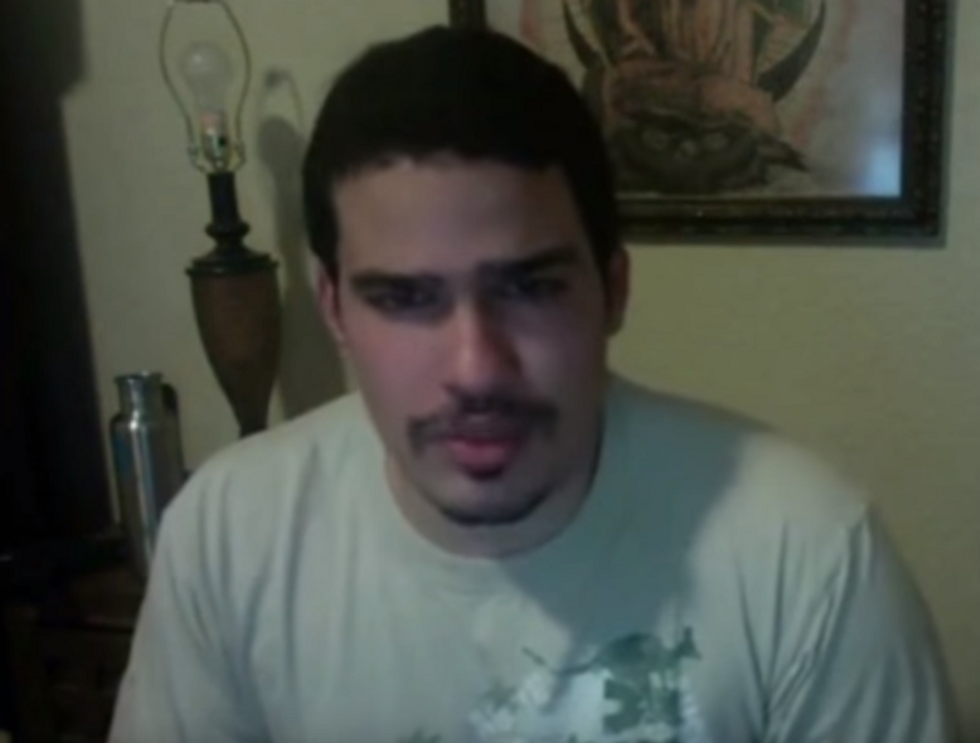 The Bible, like the Koran and other religious texts, contains a lot of passages that are pretty insane. Anyone who was raised Christian knows that the go-to book for biblical insanity is without a doubt Leviticus, which forbids believers from shaving sideburns, eating shrimp, and sacrificing animals with damaged testicles.

So it's no surprise that a Bible-thumping Trump fanboy would zero in on a passage from Leviticus to justify his rather batty notion that Democratic presidential hopeful Hillary Clinton be executed for witchcraft.

Right Wing Watch notices that anti-gay activist and hardcore Trump fan Theodore Shoebat has posted a new video this week that details all the ways that he'd bring biblical justice to the former Secretary of State.

"Look at Hillary Clinton," he continued. "That's a witch that needs to be arrested and put to death. Most definitely. As the scriptures says, I believe in Leviticus, 'Thou shall not suffer a witch to live.'"

It's fascinating how closely Shoebat hews to Leviticus, and it also makes us wonder if he faithfully follows the book's detailed instructions for washing semen off your clothes as well.