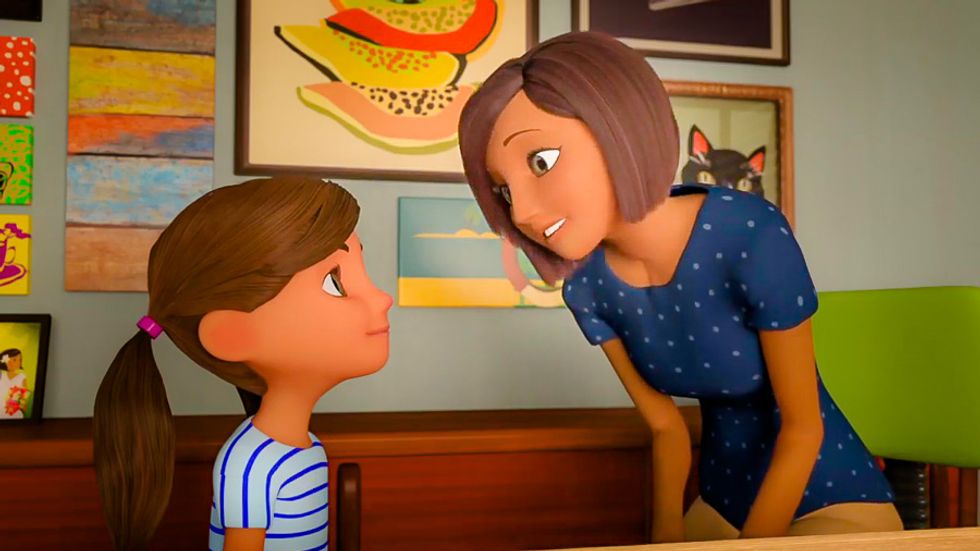 A cartoon created by the Jehovah’s Witnesses Watch Tower Society suggests that children should try to convince same-sex parents to change sexual orientation in order to gain entry into paradise.

The cartoon, which was obtained and published by Pink News on Tuesday, shows a Jehovah’s Witness child telling her mother that a school friend's family has two moms.

"What matters is how Jehovah feels," the mother explains. "He knows how we can be happiest. That's why he invented marriage the way that he did."

"You mean, one man and one woman?" the child asks.

"It's kind of like going on an airplane," the mother says. "What would happen if someone tried to bring something on the airplane that wasn't allowed? It's the same with Jehovah, he wants us to be his friend and live in paradise forever."

"But I want everyone to get to paradise!" the little girl exclaims.

"So does Jehovah," the mother reassures her daughter. "And you know what? People can change. That's why we share his message."

The cartoon concludes with the little girl saying she will evangelize to her friends with same-sex parents to tell them about all the benefits of paradise.