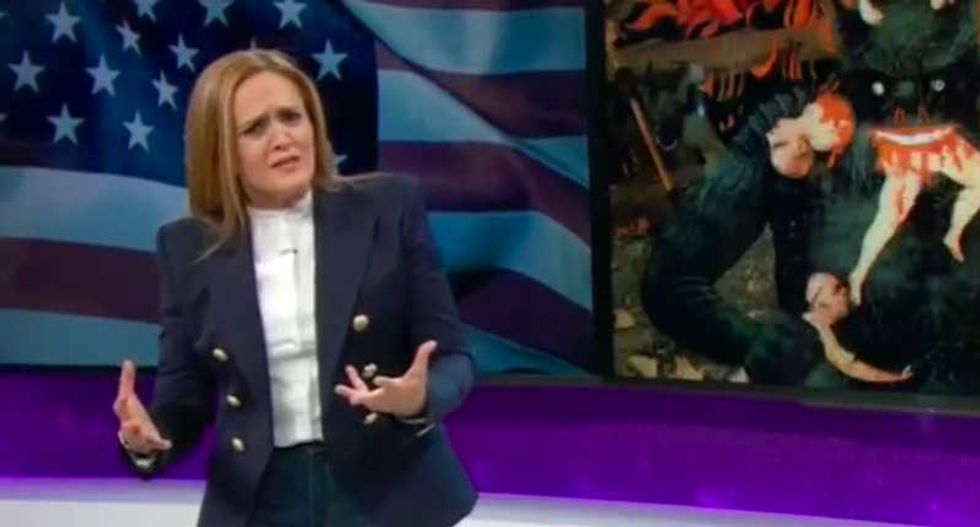 Citing Ted Cruz's complete failure to capture Evangelical votes, Bee continued with a look at Trump's ridiculous pandering to Christians -- using the Donald as a jumping off point to give the audience a history lesson on the religious right.

"To understand how we got there, we have to go back to origins of the new religious right... It wasn't abortion that birthed the religious right. It was good old white Nativism and anti-government anger when the IRS challenged evangelicals’ god given right to go to school without black people."

Bee also added a caution, before continuing, "Please understand when I say the religious right, I’m not talking about people of faith — hashtag #NotAllChristians — but a political movement to harness voting evangelicals to the conservative Republican cause."

Watch the entire segment below: