Futurists are accustomed to launching headfirst into some very complex subjects, but even the most high-minded and enthusiastic of prognosticators may take a pass when it comes to dealing with the future of sleep. That's no cop out. It’s just that we humans — those in the developed world at least — maintain such a complicated relationship with sleep. We are taught that we need it, seem to really love it while we're engaged in it and spend our waking hours moaning to each other about how much more of it we desire. But then we do everything in our power to delay its natural onset each night.

Psychologists tell us that much of that struggle is classically existential; having to do with the subconscious realization that our time among the living is finite, so we attempt to make the most of the hours we’re fully conscious. Much more of it, however, has to do with the allure of technology that began with the introduction of artificial lighting about 100 years ago and continues to plague us. In fact, we are currently in the throes of a major downward spiral, as all manner of blinking and buzzing gadgets keep us working, worrying and watching.

If your own baggy eyes and frequent forgetfulness aren’t enough to prove the point, a 2011 University of California study assures us that by the time each of us finally surrenders to sleep each night we have absorbed the equivalent of 174 newspapers worth of content. In doing so humans are sidestepping a biologic imperative, sleeping less than ever before in history despite enjoying a longer lifespan than all previous generations that roamed the Earth. More than one-third of us are not getting enough sleep, reports the Center for Disease Control, with most of us enjoying just six hours per night of such recuperative time.

But if technology is to blame for the current imbalance, might we also utilize it to usher in a corrective sleep-filled future?

Ian Peterson, a renowned physicist and futurist, thinks so. In his 2011 report on the future of sleep, he envisioned a world where technology geared toward sleep would revolutionize our bedroom environment. And much of what Peterson imagined is on its way to being realized: “smart” pajamas, bed clothing and mattresses outfitted with sensors to measure brain-body data — especially our responses to pressure, light and temperature — that will then be fed to mechanical beds, thermostats and lighting fixtures which adjust themselves on the fly to create and maintain a highly personalized optimal sleep experience.

Ultimately, the new sleep will come down to “personalized optimization,” meaning it will be customized to an individual’s specific biology and brain functioning and be utilized for more than just rest.

If all of that seems a bit far-fetched, consider the Fitbit you’re wearing now — the one that’s invisibly tethered to a smartphone app that’s already monitoring, recording and sharing your personal health data. Consider, too, the burgeoning “smart home” industry whose affordable and easily-operated hardware and apps allow us to adjust the lighting, temperature and security features of our homes from anywhere in the world. And consider the findings from 2013’s Trillion Sensor Summit, which state that somewhere around 2023 approximately one trillion hyperlinked sensors will have been implanted in our everyday surroundings. By 2036 the figure jumps to one hundred trillion.

All of that data has got to be controlling something, so why not use it to study and improve sleep?

Why not, indeed, say renowned futurists Jack Uldrich, author of “Foresight 2020: A Futurist Explores the Trends Transforming Tomorrow,” and Thomas Frey, the executive director of the DaVinci Institute. Both men see the future of sleep as inexorably linked to big data and the supercomputers that will employ artificial intelligence to provide new insights on sleep that take us well beyond Peterson’s safe and sensible environmental modifications.

The real future of sleep, it seems, is located just off the transhumanist highway. Obtaining any kind of reliable roadmap for such a trip is the difficult part for now, particular if you’re expecting either Uldrich or Frey to offer one up. As futurists who seem comfortably planted at the conservative end of their profession’s spectrum, they’re reluctant to pinpointing their ideas along any hypothetical timeline. One reason for this reluctance is that so many will take it for prophecy. Another is that “there are just too many variables,” says Frey. “Computing that kind of exponential growth can mess with your head in lots of ways.”

After some major cajoling, however, the two men’s separate but eerily equivalent scenarios play out something like this once blended:

Smart home tech and wearable tech explodes, leading to the roll out of Peterson’s sleep friendly environment in bedrooms and hotel rooms around the world. The resulting data dump will represent a primitive first wave (in comparison with 2040 efforts) toward effectively altering the way we sleep.

Ray Kurtzweil’s Singularity occurs, wherein artificial intelligence, technology and our expanding knowledge of biology and neurology are utilized to speed up human evolution and to “sleep hack.”

“We will use this decade to correct all of the incorrect assumptions of the 2030s, so that we redirect ourselves to a better course,” says Frey.

“Drugs and medical devices that can permeate the blood brain barrier will allow us to take sleep to an unimaginable level, perhaps even to amplify learning,” says Uldrich. “By then, the real vanguard will be a question of how to use sleep to further education, figuring out how to get the rest we need while also using sleep as a really productive time.”

The combination of increased life expectancy and the expansion of artificial intelligence along with automation in the workplace will usher in a period of increased sleep time.

All bets are off following what will shape up to be the first decade of our transhumanist existence.

“There are all these arguments about the what comes after the Singularity,” says Frey. “We sort of get into the whole realm of what exactly is hardwired into human beings and what isn’t. For instance, we could genetically engineer some people to have six fingers or four arms, but at what point do they stop being human and become something else?”

Maybe we’ll become accustomed to taking “braincations,” ones where our dreams go beyond the wildest expectations of virtual reality enthusiasts. 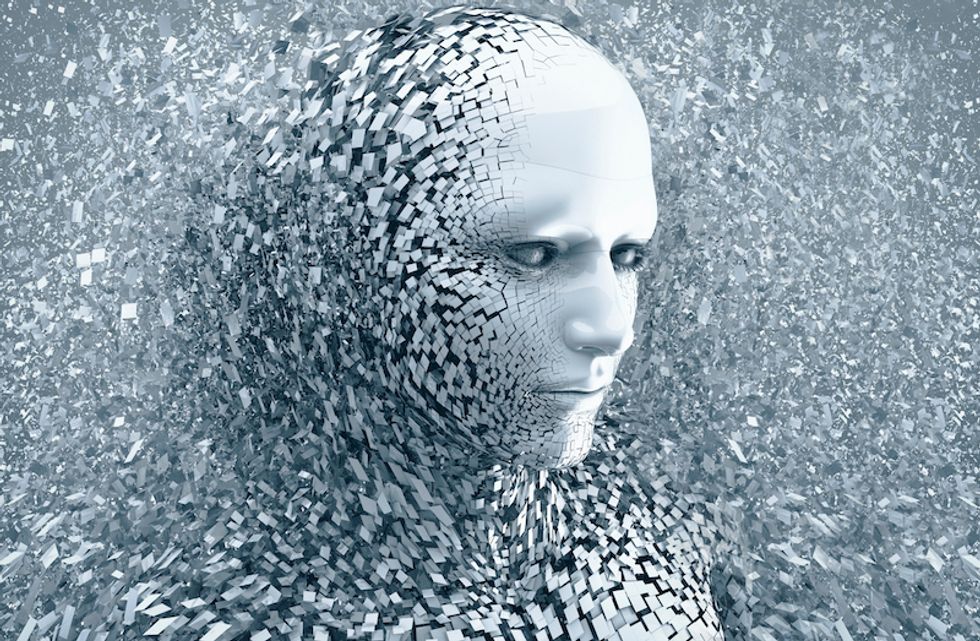 Ultimately, the new sleep will come down to “personalized optimization,” meaning it will be customized to an individual’s specific biology and brain functioning and be utilized for more than just rest. Perhaps sleep will be used to heal emotional and physical wounds, to earn a diploma or even to learn a new language. Or maybe we’ll become accustomed to taking “braincations,” ones where our dreams go beyond the wildest expectations of virtual reality enthusiasts.

Transhumanists are not alone in their desire to push the limits of what is natural. Big government agencies like DARPA want to create hyper-awake soldiers and fighter pilots who no longer suffer the affliction of sleep.

For those like transhumanist Zoltan Istvan, optimization is defined as nothing less than “curing the disease” of sleep. Such a radical notion is to be expected given that the whole point of transhumanism is to transcend humanity with the aid of technology — to unite man and machine, if necessary, in ways that push evolution to the next level as rapidly as possible. To transhumanists, and maybe even to our post-Singularity progeny, the human requirement for sleep, the equivalent of roughly one-third of a person’s lifetime, can only impede transformation.

Transhumanists are not alone in their desire to push the limits of what is natural. Big government agencies like DARPA want to create hyper-awake soldiers and fighter pilots who no longer suffer the affliction of sleep. In fact, as you slumbered last night, an astounding number of research scientists and technicians in labs around the world were busy searching for a cure. And they’re getting better at it.

The science may only be in its infancy but already there’s the “go-pill,” modafinal, that staves of the debilitating effects of sleep-related fatigue for a limited duration. Trans-cranial brain stimulation and implants are also in the works. Both can operate with the swipe of a smartphone app, zapping you into a trance-like state that lasts just minutes but is incredibly refreshing. If test results are to be believed, the jolt is as productive and restful as an hours-long siesta.

A far smaller percentage of us — those with deep pockets and a sense of daring — will get to experience sleep optimization to the max.

That frantic time in the future where we can begin routinely speeding the brain through its sleep cycle, taking FDA-approved pills as sleep workarounds, and even successfully genetically engineering humans who require less sleep may be a major tipping point. 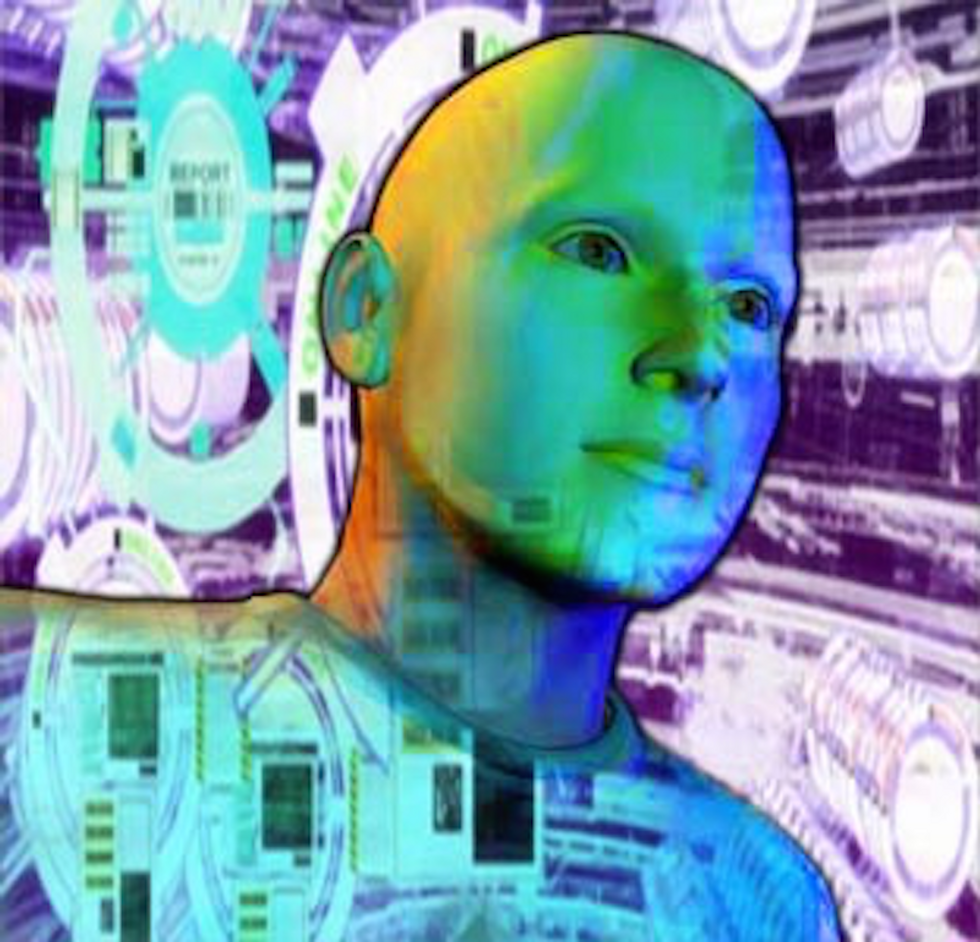 To be clear, Uldrich assures us that “the majority of Earth’s population will continue to sleep very much the way it always has,” probably even better.  The net result for the “sleep optimized,” Uldrich and Frey agree, is that they will likely become more productive, energetic and creative, and this will undoubtedly provide them with a competitive advantage in life.

“The analogy I use to describe the split, though not a perfect one, is the Amish living amid the rest of the world,” adds Uldrich. “Roughly two centuries ago they essentially said to society, ‘Look, you can continue to embrace technology. We don’t judge you for it but we just don’t like what it’s doing to our families and communities, so we reject it. And we hope you’ll just let us live in peace.’ I think we will see really bright, intelligent people who will come to a difference of opinion on the matter. But I don’t think there is a right or wrong answer.”

If there’s a cautionary note to consider, it has to do with the risk of unintended consequences. Or, as Frey puts it: “Lots of things that can go wrong when you change some fundamental tenant of the human condition. Let’s say we had some instant sleep device, but after ten years of using it people turned into psychopathic killers — well, you see where that’s heading, right?”

“For whatever reason, we humans evolved based on a circadian rhythm, so maybe we should just respect the wisdom of evolution before we push it to its limits,” Uldrich concludes. “Having said that, however, pushing limits is just what evolution is. We conduct experiments to see if we can become more productive, creative, healthier and happier — and maybe even to offer a new human experience. But we have to recognize that most of them are going to fail. We have to keep that in mind and simply say, ‘This is the way life plays out.’ ”

That may be true, but maybe in fifty years we’ll be asking each other about when sleep became so complicated.

US market authorities have asked Elon Musk to explain an apparent delay in reporting his Twitter stock buys, the agency revealed Friday, the latest questions on the methods and intent of his troubled bid for the platform.

Country music stars distance themselves from NRA after school massacre

Country music has long been closely linked to America's pro-gun lobby, but several stars have distanced themselves from the National Rifle Association following the mass shooting at a Texas school.

On Tuesday, an 18-year-old gunman from Uvalde, a small town in South Texas, barricaded himself inside the city's Robb Elementary School and murdered 21 people, including nineteen children, in what was the deadliest school shooting since 2012.