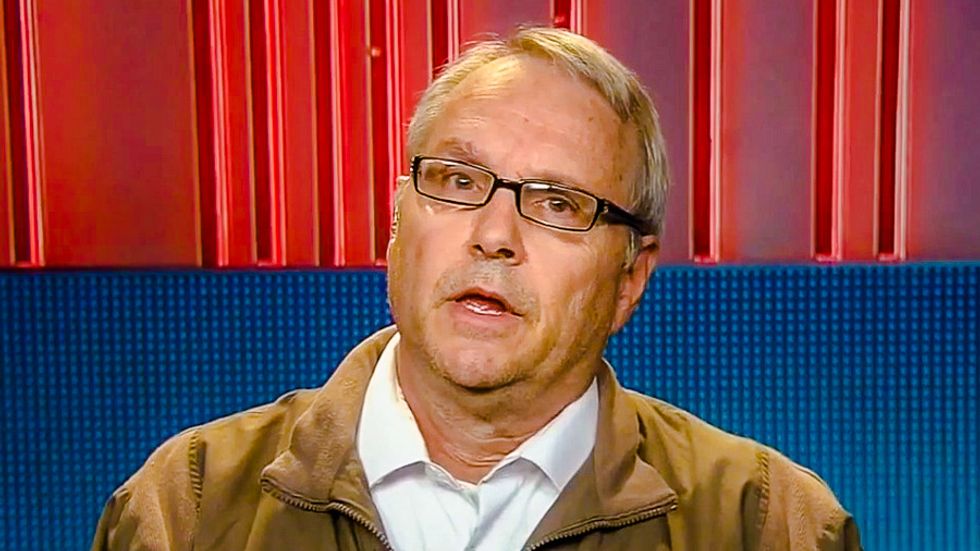 A white nationalist who was selected by Donald Trump's campaign as a California delegate said on Wednesday that the presumptive Republican nominee was the "real deal."

After Mother Jones revealed this week that prominent white nationalist William Johnson was on Trump's list of California delegates, the campaign blamed a "database error" and Johnson volunteered to step down.

"I think what happened was that I slipped through the cracks, and then they approved me," Johnson recalled. "And then the list came out and the media had intense interest in my listing, and that caused them to review the situation."

Up until Trump launched his campaign, Johnson said that he was often compared to Adolph Hitler. But now, people tend to compare his white nationalist views to Trump instead. And according to Johnson, that is an improvement.

Johnson argued that there was a "precipitous decline" in American culture because white populations were being replaced by immigrants.

"Mr. Trump is the real deal," he added. "He does not govern, will not government by public opinion poll. He says what's on his mind. This is kind of like what Ron Paul did, this is what Bernie Sanders is doing. And that's a refreshing change from the politicians what we've had for many decades."

"It's up to me as an advocate of the white group to push our agenda more than any other agenda," Johnson said. "His responsibility is to lead the entire country."