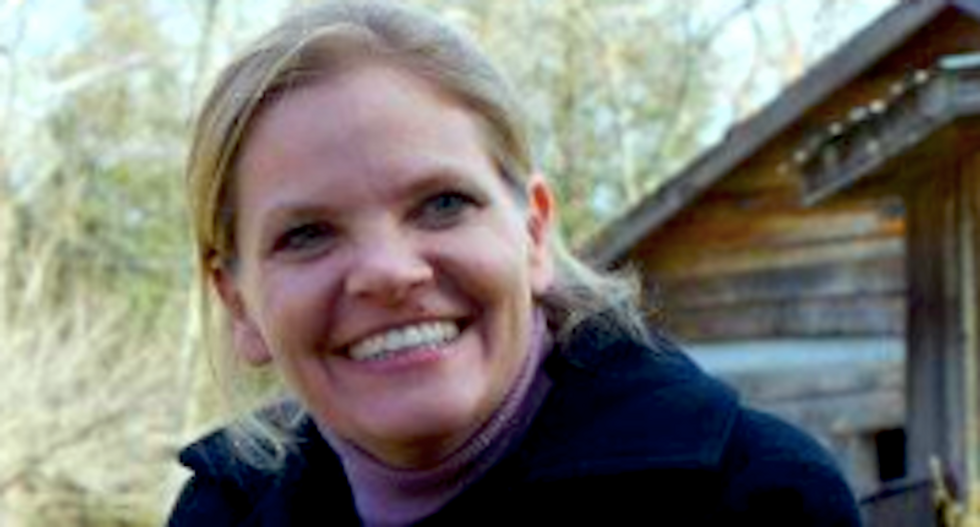 A Tennessee county official is defending her right-hand man from terrorism accusations after he posted an anti-government sign on his office door that hints at his ties to right-wing extremist groups.

Richard Burroughs, the chief of staff to the Anderson County mayor, taped a small sign identifying himself as a "lesser civil magistrate" beneath his official county government business card, reported the Knoxville News Sentinel.

The position, which doesn't actually exist in county government, is an apparent reference to a legal theory promoted within the so-called "sovereign citizen" movement -- which has been described by the FBI as a domestic terror group.

A county commissioner sent an email Monday to his fellow officials saying that Burroughs "advocates overthrow/obstruction of the existing government because it is illegal/unjust/immoral," according to the newspaper.

"His position on this is well known and exhibited almost daily, but his having it posted in the courthouse hallway is at least questionable," wrote Steve Mead, the county commissioner.

Sovereign citizens are a loosely organized movement, which originated decades ago in white supremacist circles, that denies the legal authority of the U.S. government, as well as many state and local agencies.

Adherents generally believe they're exempt from following laws -- especially regarding taxes and licenses -- and are known for filing nuisance lawsuits and other legal documents.

Burroughs, a Tea Party activist who tried to get "birther" lawyer Van Irion elected to the U.S. Congress, shows how right-wing fringe ideas have entered the conservative mainstream since the election of President Barack Obama.

Mead, the county commissioner, said the sign was small -- but carried a "big meaning."

"I don't believe having that posted on his door in the courthouse hallway is proper and that it clearly exhibits the adversarial relationship he and the mayor (who allows this posting) have with the entire county government," Mead's email said.

Terry Frank, the county mayor, attacked Mead's complaint as "slanderous" and said her chief of staff was a "law-abiding citizen" with a high security clearance.

"How unhinged do you have to be to call my chief of staff a domestic terrorist?" Frank said. "People like me who work to right wrongs are making these good ole boys nervous. Well, I'm not backing down."

Frank came into office in 2012 on a wave of voter anger over a 16.2-cent property tax increase approved the year before by county commissioners, and promised to "focus on increasing efficiencies" and run Anderson County like a business.

Burroughs played a key role in the restaurant owner's election -- and she thanked her ally by creating the chief of staff position for him on the county payroll and firing another official against whom her mother had previously filed a whistleblower lawsuit. 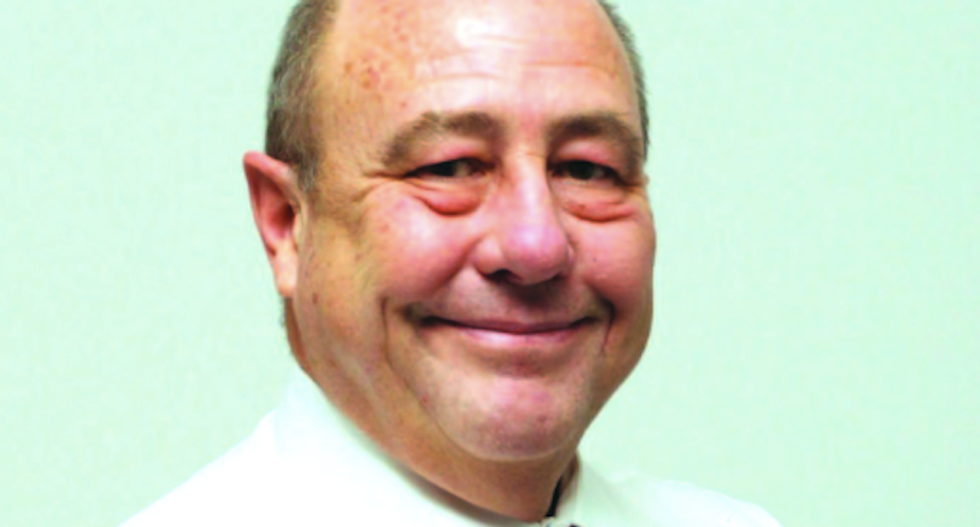 She gave Burroughs, a geologist and environmental scientist, that official's job duties and $51,322 salary.

Franks has been embroiled in political disputes and dogged by ethical complaints throughout her nearly four years in office.

She gained national attention after her husband, Lee Frank, convinced county commissioners to place the motto, "In God we trust," outside the county courthouse -- which a local pastor claimed was constitutional because of "majority rule."

Terry and Lee Frank, who narrowly lost to longtime state senator Randy McNally in the 2002 GOP primary, hosted a conservative talk show, "Let's Talk Frankly," and the mayor used to write the "Frankly Speaking" blog -- where she once claimed that Saddam Hussein had 1 million pounds of uranium.

County commissioners have complained in 2013 that Franks collected $4,800 in annual travel expenses while also using a county-owned vehicle, and an Oak Ridge resident filed a wide-ranging ethics complaint against her last year.

The complaint accused Frank of installing listening and tracking devices in county vehicles without written policies and procedures in place, and the mayor was also accused of firing a public works employee in retaliation after the department's director was arrested for performing illegal building inspections.

Frank had warned that employee not to cooperate in the probe by the Tennessee Bureau of Investigation, according to the complaint. The public works director was acquitted last month on five counts.

The complaint, filed by Kevin Rice, of Oak Ridge, accused Burroughs of performing "an abundance" of private work for Frank while on the county government payroll.

Frank, as she does every time she's accused of wrongdoing, dismissed the ethics complaint as nothing more than a political "smear."

The mayor pointed out the complaint was filed by "a known apologist" for the city's law director, Jay Yeager, with whom she'd feuded since entering office.

The Tennessee Supreme Court refused to hear an appeal of the Court of Appeals' decision upholding a trial court ruling that Yeager could not be ousted by a lawsuit filed by Frank's attorney, thus ending a 17-month battle to remove him from office.

The lawsuit to oust Yeager was filed by Frank's attorney, and one of her friends -- local Tea Party leader Landle "Lynn" Byrge, who also pushed the "In God we trust measure" -- served as lead plaintiff.

"I am glad to see this has finally come to an end," Mead said. "The people involved in the ouster suit for the most part were deceived by (Frank's lawyer, Gregory Brown) when told they had a solid case when they had no case at all."