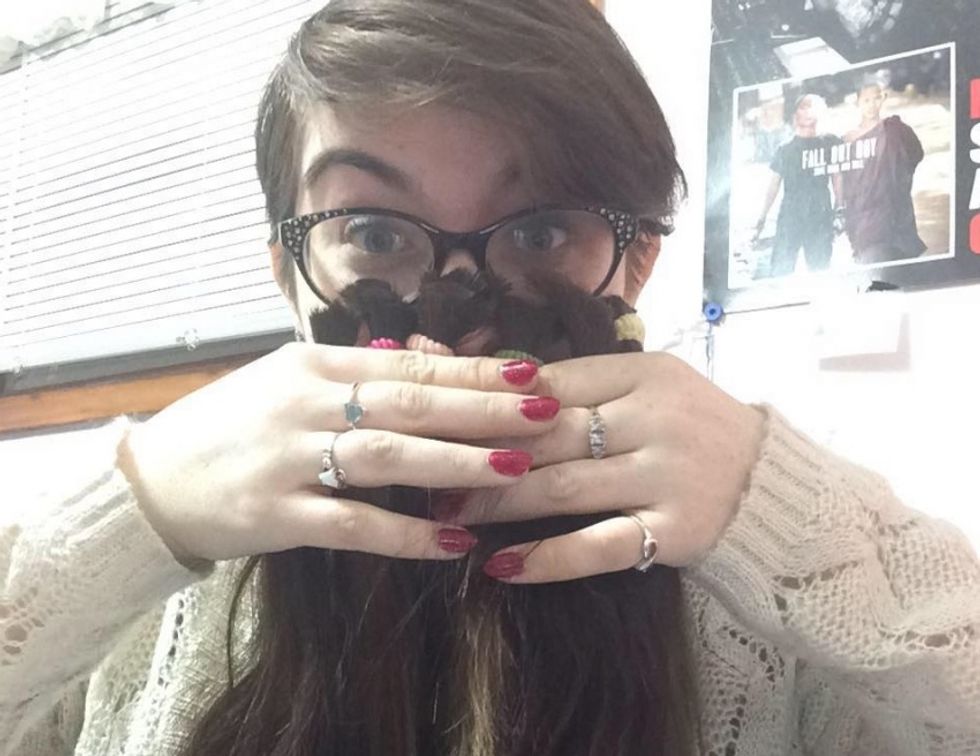 Has North Carolina's anti-transgender bathroom bill created an environment of fear and paranoia in public restrooms? One woman named Aimee Toms, who was recently harassed in a Walmart restroom after someone mistook her for a transgender woman, believes that it has.

Danbury News Times reports that Toms was accosted by another woman while she was washing her hands in a Walmart bathroom in Danbury, Connecticut. Toms was wearing a baseball hat and she had very short hair because she recently donated her hair to a charity that makes wigs for children with cancer.

She said that she was approached by a complete stranger in the bathroom and was told that "You’re disgusting!" and "You don’t belong here!" The 22-year-old Toms posted a video on Facebook talking about how the experience opened her eyes to the abuse that transgender people face every day.

Toms also linked her experience back to the current debate over whether transgender people should be allowed to use the public bathrooms of the gender that they identify with.

Here is the video she posted on Facebook about the experience:

Editor's Note: This article has been corrected.