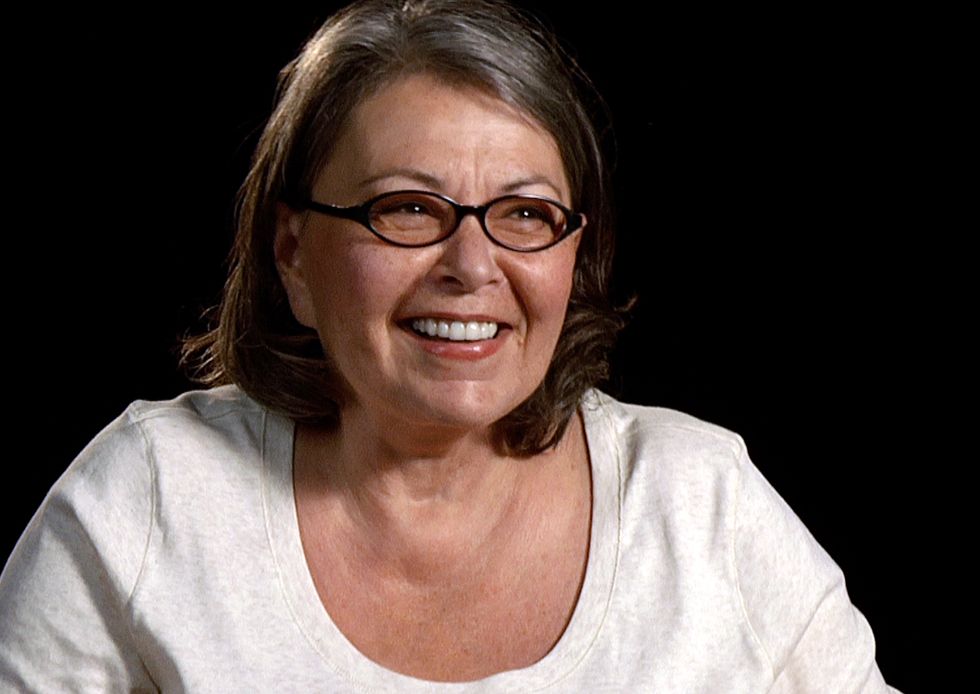 As I was scrolling through Twitter on Wednesday night, I came across a curious statement from Roseanne Barr.

Now, I knew that Roseanne Barr, the funny, often smart and often liberal comedian, actor and star of the TV show Roseanne had what I would characterize as extremist, hawkish and not very nuanced or rational views on Israel. It's funny because Barr was once extremely critical of Zionism and Islamophobia. I thought she was a PEP, or Progressive Except on Palestine, who blindly supported Israeli policies.

I didn't know she was in the business of diagnosing Jews.

So, I responded by pointing out that several very Jewy Jews were secular, i.e. not religious, and would not, presumably, have physical reactions to hearing Sacred Words. Some of these Jews are Sigmund Freud, the father of psychoanalysis, Baruch Spinoza, the influential rationalist 17th century Dutch philosopher, and Theodor Herzl, the Austro-Hungarian journalist considered to be the founder of modern political Zionism.

Are you actually suggesting you're more of a Jew than, say, Freud, Spinoza or your homeboy Herzl? #chutzpah #Shandeh https://t.co/SvQ7SPUSyM
— Katie Halper (@Katie Halper)1462435753.0

(chutzpah is Yiddish for nerve, as in, "what nerve!" and shandeh is Yiddish for shame.) Then, I asked Roseanne why she would be such an ardent defender of Israel, given that so many of its leaders (like Prime Ministers Golda Meir, Yitzhak Rabin, Ariel Sharon) and founders (like Zionists Herzl and Louis Brandeis) were secular Jews and would thus not fit into her definition of Jewry.

At this point Roseanne responded by saying

I pointed out that she meant "its" and not "it's" and, more importantly, that Herzl was not, according to her definition a Jew. I did not expect the reply I got.

But Herzl, it turns out, was not the only dips***.

I may be a dips***. But I'm a Jewish dips***, I wanted to say. Fearing that would make the conversation too about me, I asked, instead, about Herzl:

Roseanne then informed me that

Of course, I had questions!

So many... Like what substance you're experimenting with tonight? Do you realize you declared secular Jews non-Jews? https://t.co/8wxD8zpuda
— Katie Halper (@Katie Halper)1462438516.0

Another question I had was in regards to the origin of  her curse-filled tweet:

Are you quoting the Torah directly here? Or just tweeting in tongues? https://t.co/8KV5lysLxR

And what, I wondered, was behind her cryptic language?

But these questions would fall on deaf ears, or blind eyes. Because Roseanne had blocked me. And I will never know the answers. So, like my ancestors, I will have to wrestle and grapple with these questions. And this process in itself, of course, brings me closer to my ancestors and our shared rabbinical tradition of skepticism and questioning. And I also got retweeted by Fred Phelps Jr, the son of the late Phelps the non-Jr, who started the Westboro Baptist Church. And that's a beautiful thing.