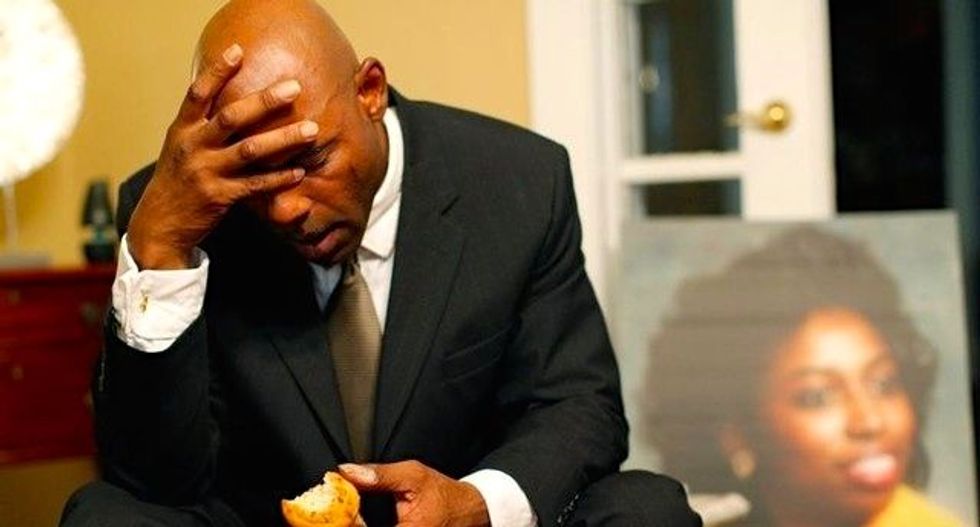 Many were surprised when Nadine Collier stood in a South Carolina courtroom a year ago and said she forgave the young white man who had just killed her mother and eight other black churchgoers in a racially motivated attack.

Collier's sister, the Reverend Sharon Risher, recalls wondering how she could so readily absolve Dylann Roof, 22, the man accused of opening fire during a Bible study on June 17, 2015, at Emanuel African Methodist Episcopal Church in Charleston.

Ahead of the first anniversary on Friday, Risher and some others affected by the killings still cannot bring themselves to forgive. Roof will go on trial in November on federal hate crime charges that could result in a death sentence before facing state murder charges in January.

"I’m not bitter," Risher, 57, said in a phone interview. "But I’m just not ready to forgive you if you don’t even act like you want to be forgiven."

One year after that attack, the nation is again reeling from gun violence. The deaths of 49 people in Orlando this week in the worst mass shooting in modern U.S. history has left dozens more families blindsided by tragedy.

There will be no criminal proceedings for the Orlando gunman, Omar Mateen, who died in a gunfight with police. And while the shooting inside the historic church led to the removal of the Confederate battle flag from South Carolina's capitol, it remains to be seen whether the latest massacre will spur change.

Away from the spotlight, the stories of those personally touched by the violence in Charleston illustrate its lasting impact. It continues to affect their lives, they said, straining family relationships, shifting career paths and leaving voids in their lives that no form of justice can fill.

Risher left her emergency room chaplain job in Dallas this spring, finding its emotional demands to be too much as she grieves her mother, Ethel Lance.

Some members of her family have become estranged in the aftermath of the shooting, she said, as each person mourns differently and struggles to make sense of what happened.

Risher longs for the days when she used to lie in her mother's king-sized bed and they talked until one of them fell asleep.

"Charleston does not hold the same magic for me anymore," she said. "Now going back, it’s just a cloud that hangs over. Even though the sun is shining, to me I see the gray."

'WE'RE THROUGH WITH HIM'

The Reverend Anthony Thompson's wife, Myra, was killed in the attack, but he said he began to heal when he offered forgiveness to Roof at the bond hearing two days after the shooting.

Thompson, 65, has not attended subsequent hearings, choosing instead to focus on his preaching and new work advocating against gun violence.

"Dylann is not a part of my life or the life of my children," he said. "That's why we forgave him so that we can move on. We're through with him."

Alana Simmons, 26, lost her grandfather, the Reverend Daniel Simmons Sr., in the shooting and her professional life changed course after that. The middle school music teacher moved from Virginia to South Carolina to run the Hate Won't Win Movement, a non-profit organization that advocates for unity in a diverse society.

Focusing on the good to come from the tragedy helps her cope, she said.

"I don’t think that I could harbor hate in my heart and then go out and preach love," she said.

Arthur Hurd, 46, remains angry. Angry at the church for keeping some of the more than $3 million in donations it received rather than distributing it all to the survivors and victims' families. Angry that whether or not Roof gets the death penalty, it will not bring Hurd's wife, Cynthia, back.

He has not returned to his job as a merchant mariner since her death. A grief counselor told him he is not ready, Hurd said.

"The only way I can jump for joy for the death penalty is if I am the one pulling the switch," he said. "I have a hole in my chest, in my heart and my soul big enough that you could ride a freight train through it."