Ana Navarro wallops Jeffery Lord: 'Neither you or Donald Trump are descendants of Pocahontas' 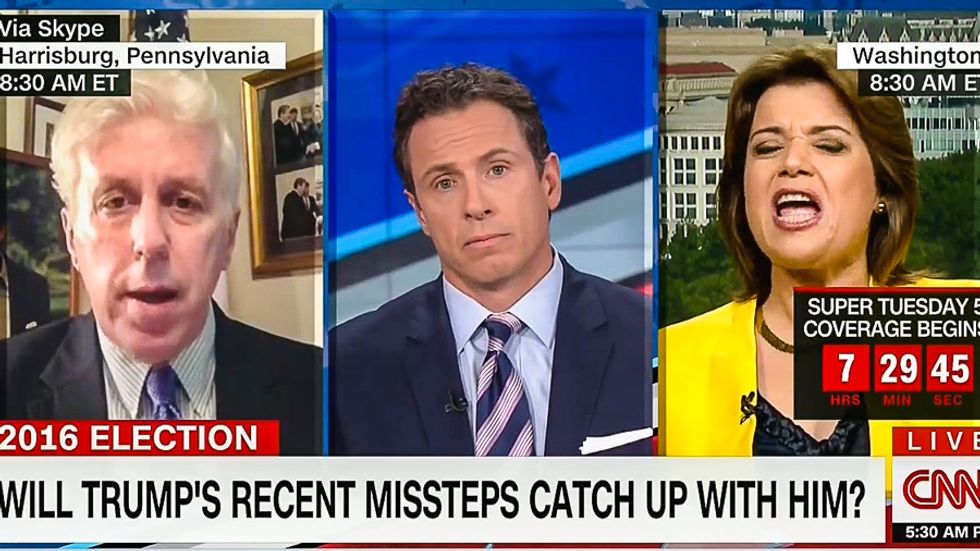 In an column for the American Spectator, Lord accused the Republican establishment of laying "down with the flea-infected mangy old political dog of racism — a left wing dependable from the days when Democratic Party co-founders Jefferson and Jackson allied the new-born party with slave owners."

"If you don't think a wise Latina can make a better judgement than white men, you haven't met enough of us girls," Navarro told the Trump surrogate during a discussion on CNN's New Day. "We are proud of our heritage the same way you are proud of yours... Are you telling me Antonin Scalia could not make a good judgement because he was the child of Italian immigrants?"

"We are a fabric in America! We are a melting pot!" she explained. "Neither you or Donald Trump are direct descendants of Pocahontas so you can stop right now saying that heritage, that race, that history are not part of our society in America. They are and it's part of what makes American great again. Donald Trump wants to make America hate again."

For his part, Lord opined that the Republican Party "is abandoning Abraham Lincoln, Ronald Reagan and Jack Kemp."

"There's no place for race in the Republican Party or in America," he insisted. "No more identity politics."

"You compare Donald Trump to Abraham Lincoln!" Navarro replied in disgust. "It really is just too much for me on an empty stomach in the morning, Jeffrey."

"I'll tell you what, I have been a Republican a hell of a lot longer than Donald Trump has been," she added. "Donnie come lately is not going to give me lessons on Republican values! And he is definitely no Abraham Lincoln."