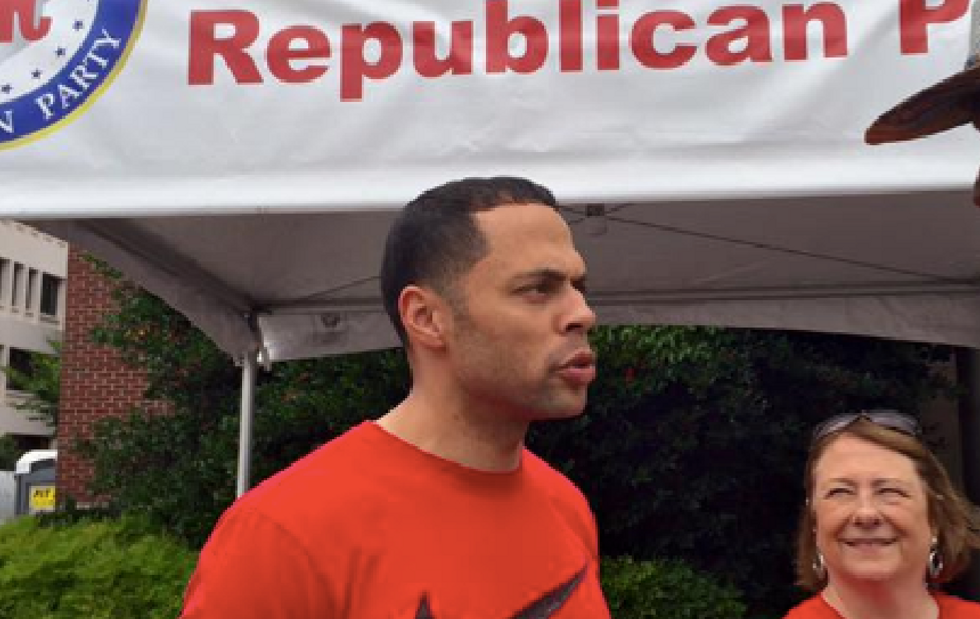 A rising star with the Georgia Republican Party was barred from a meet and greet with presumptive GOP presidential nominee Donald Trump at the candidate's rally in Atlanta on June 15.

According to BuzzFeed's Darren Sands, Michael McNeely was proceeding with other high-ranking Georgia Republicans to meet with the real estate tycoon backstage when he was intercepted by the Secret Service and hustled out of theater.

Multiple witnesses saw Trump's Georgia campaign director Brandon Phillips stop McNeely and tell him there was "no more room for you" backstage with Mr. Trump. A Georgia GOP official reported the incident to BuzzFeed but asked that their name not be used since they are not authorized to speak on behalf of the party.

When Sands attempted to reach McNeely for comment, McNeely hastily said, "I'll have to get back to you," then never returned calls or issued a statement.

The Trump campaign, the Georgia Republican Party and Phillips have all declined to address the incident.

McNeely -- a former chair of the Georgia Black Republican Council -- was chosen by the GOP to act as an at-large delegate to the 2016 Republican National Convention.

It's unclear, BuzzFeed said, why McNeely was ejected from the event.

Bruce LeVell, the executive director of the National Diversity Coalition For Trump said that he was not aware of any official reason why McNeely wouldn't be allowed to meet with the candidate, but that campaign staff sometimes act proactively to prevent problems.

“Anyone that goes to a Trump rally, I don’t give a damn who you are, if anyone even if looks at you and [the campaign] points their finger, you’re out of there,” he said. “They’re real strict about [acting] if something doesn’t look right. They just make a judgment call.”

In March, a group of 30 black students were removed from a Trump rally at Valdosta State University in Valdosta, GA. The students were reportedly standing silently in the bleachers, but were asked to leave.

“We didn’t plan to do anything,” said Tahjila Davis, a 19-year-old mass media major. “They said, 'This is Trump’s property; it’s a private event.' But I paid my tuition to be here.”