Brock Turner may have sent photos of his rape victim to friends: police 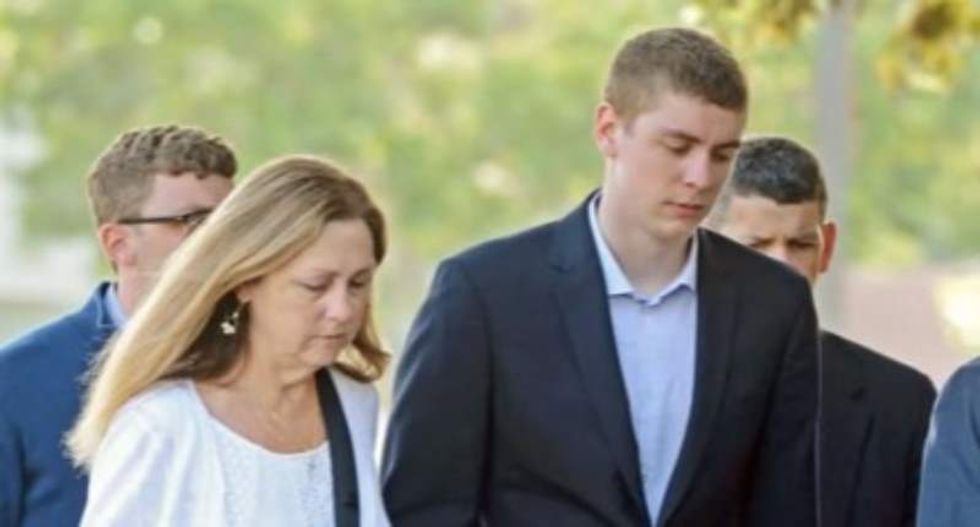 Investigators believe Brock Turner may have photographed his assault victim's breasts, then sent the pictures to a group of friends, the Daily Mail reported.

According to police, Turner received a text message via the GroupMe online app asking, "Who's [sic] t*ts are those" from a fellow swimmer, identified as Justin Buck. However, the picture that prompted the question was deleted from the group chat by an unknown party.

A witness also told police that he saw a man standing over the victim holding his cell phone.

"The cell phone had a bright light pointed in the direction of the female, using either a flashlight app in his phone or its built-in app," a police statement read.

Cosmopolitan magazine reported that the victim was found with her bra "pushed up over her left breast and partially visible over her dress."

Turner has come under widespread criticism since Judge Aaron Persky sentenced him to just six months in jail in connection with the attack under fear a heavier sentence would have "a severe impact" on him.