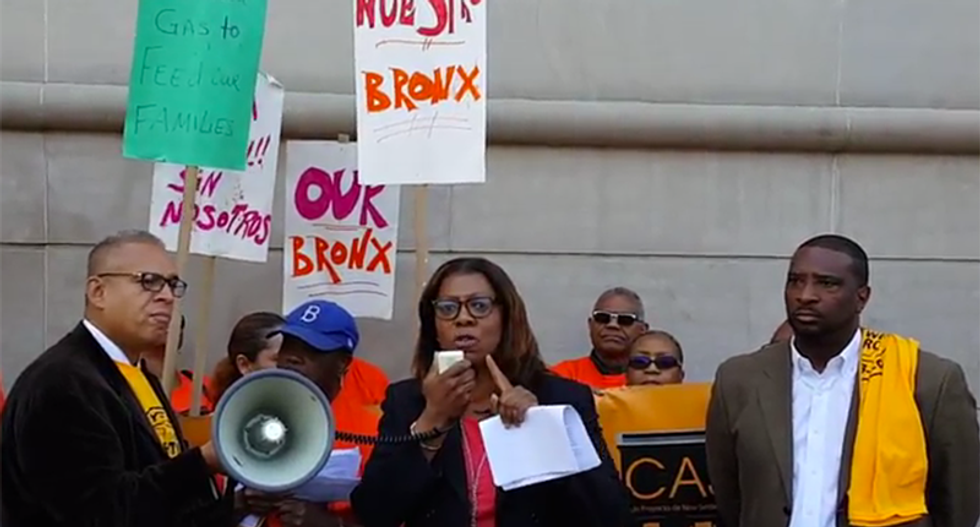 Ved Parkash earned the award for the worst slumlord in New York City despite swearing to the Norwood News that his building is in "excellent" condition. Residents disagree and staged a protest outside the Bronx Housing Court waving signs reading “We want housing for us” and “No tenants should be harassed.”

For years, tenants in 15 Parkash-owned properties have demanded he improve living conditions. Residents have been forced to handle building problems on their own, such as rodent infestation, boiler problems and even a collapsed ceiling in a bathroom that has gone unrepaired for over a year. It collapsed on a pregnant mother. Residents report that calls to maintenance in Parkash’s office either go unanswered or the person who picks up the phone hangs up. He gets away with it with because his sons are both housing attorneys.

Some even accuse Parkash of deliberately holding their rent checks to cash when they least expect it. “I feel like he likes to play tricks with the rent,” said Kingsbridge Heights resident Dawn Goodall. “I personally received a lease without the proper amount on it. I’ve been in court with him two or three times.”

Tenants in a Creston Avenue building had no hot water for over six months.

“We had paint buckets, washed them out, boiled it and put it in the shower,” Brigida Velenzuela recalled. “It seemed like everybody except for one didn’t have hot water.”

The one person, she said, is someone with a close relationship with Parkash.

New York City Public Advocate Letitia James attended the tenants' protest to meet and hear their concerns. Her office is responsible for updating the Worst Landlords Watchlist each year.

“Most of the residents are low-income residents,” she said. “A lot of them are women with children. A lot of them are senior citizens, and all they want is what everyone else wants... to live in decency and to live without these conditions."

James' department collects data for the list from the NYC Department of Buildings and NYC Department of Housing Preservation and Development. Parkash's records show that he has always made the list, scoring a prime spot on the "Dirty Dozen" list of the worst, most mismanaged apartment buildings. A landlord gets on the list by having a minimum number of open violations and complaints from the departments. Of his 60 buildings in the city, many of them have complaints open.

James spoke at the rally announcing that she was there to "lend her voice to these tenants."