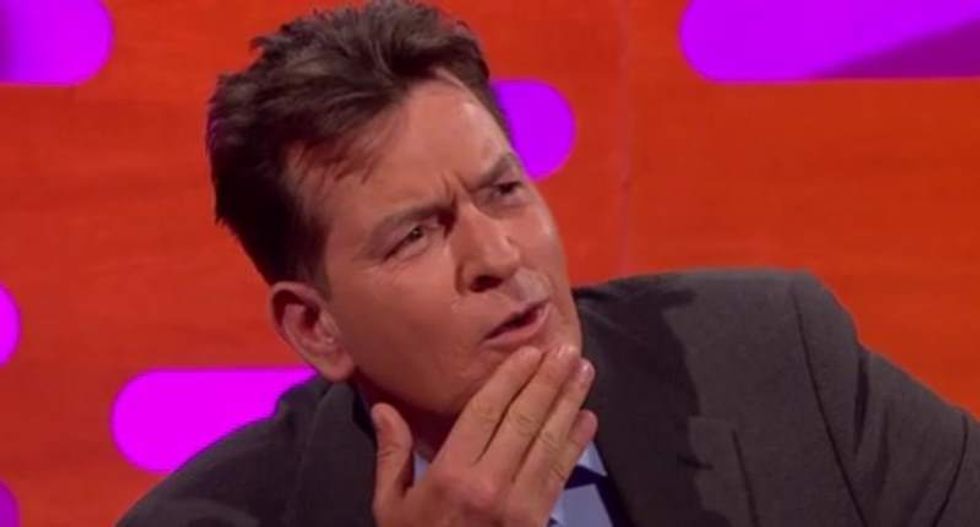 "Is that the laughter I can hear coming from across the pond at our country about this charlatan?" Sheen asked the talk show host.

"It's scary times all over the place," Norton replied.

"But I have faith that good and decent people will make the right choice, and the circus will leave town before it contaminates the Oval Office" Sheen said.

Sheen made no bones about his criticism of the presumptive Republican candidate, pointing to an encounter between the two men before his wedding five years ago when the reality TV star was "staring" at his watch.

"He says, 'I want to give you an early wedding gift as a gesture from me and Melania,'" Sheen recalled. "He says 'These are platinum diamond Harry Winston' and he pulls off his cufflinks and he gives them to me."

Considering Sheen never invited him to the wedding, he was flattered by the gesture at the time. Until he asked an appraiser to look at them six months later.

"She took the loope, spent about four seconds, and kind of recoiled from it -- much like people do from Trump -- and says 'In their finest moment, this is cheap pewter and bad zirconias.' And they're stamped 'Trump,'" Sheen said. "And I just thought, 'What does this really say about the man, that he said, Here's a great wedding gift, and it’s just a bag of dogsh*t?'"