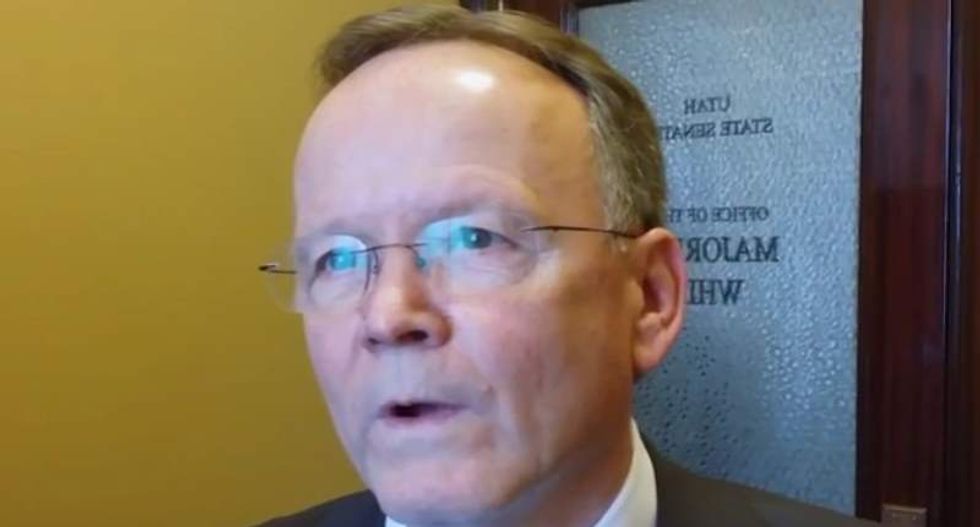 A Christian state lawmaker from Utah said in an interview with NPR that his faith has not been compromised by protecting LGBT rights -- in fact, it has been strengthened.

"I actually believe I'm living my religion now, as I look out and try to do good to those that maybe don't agree with me," state Sen. Stuart Adams (R) said on Wednesday's episode of Morning Edition. "Like loving my neighbor or trying to be respectful of other people. I believe those are good Christian religious principles that we ought to not just talk about, that we ought to actually live and act on."

Earlier this year, Adams and his fellow legislators approved a law expanding anti-discrimination protections to include sexual orientation and gender identity, while also allowing exceptions for religious institutions.

"We did not deal with public accommodations. We bookended this at housing and employment," Adams explained. "And yet, I think if you walk down the streets of most cities in Utah and ask people whether there was protections for the gay and lesbian community, they would say yes. Most people don't differentiate between housing and employment protections and public accommodations."

When host Steve Inskeep asked Adams how lawmakers would approach the issue of public restroom access for the trans community -- which has provoked heavily-criticized laws in states like North Carolina -- Adams said that they relied on findings by the American Psychological Association in crafting the "Utah Compromise," as their anti-discrimination law has been called.

"Through their processes, it takes about six months of psychological evaluation for someone to actually have a DSM-5 designation of gender identity," Adams said. "And my understanding, and at least those that I've talked to, felt like Utah's definition was something that was not perfect but was acceptable. And part of this solution is get the right definition so that we don't have inappropriate behavior inside restrooms."

"You're saying part of the solution is to define who we're talking about here because one of the anxieties that gets thrown out all the time is some boy goes into a girls restroom just because and uses this defense," Inskeep replied. "That's what you're saying."

"That's right," the senator said. "And so the - when you're dealing with especially sensitive issues inside of schools, whatever the resolution is, it has to be respectful of everyone. And I think there's a way to do it, if, again, you try to look at the legitimate concerns."

However, the Washington Post noted that Utah is one of the 11 states that filed a lawsuit last week opposing the federal directive for public schools to allow trans students to use restrooms based on their gender identity.

"We think we we were handling that community in a very sensitive and a very appropriate way," Adams said. "To have federal - the government insert their efforts into our local school districts and local schools, people are pretty frustrated."

Inskeep's interview with Adams can be heard in its entirety below.