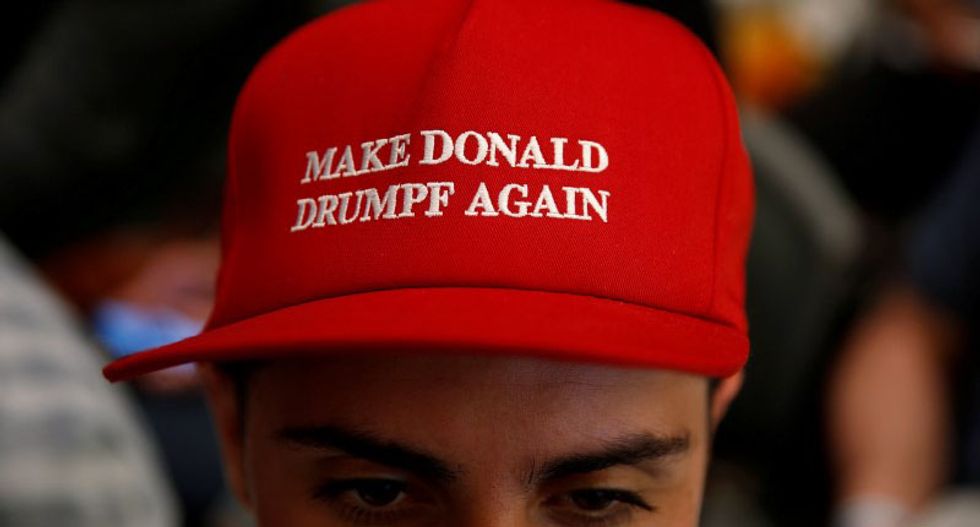 Hillary Clinton's presidential campaign accused Donald Trump on Sunday of caring more about how Britain's historic vote to leave the European Union would benefit his financial bottom line than how it would impact the U.S. economy.

Clinton campaign manager Robby Mook acknowledged parallels between the populist anger and anti-establishment fervor that fueled the Brexit vote and Trump's rise to the nomination, but said the Republican candidate's reaction showed he was not fit to occupy the White House.

In a national television ad released on Sunday, the Clinton campaign featured the wealthy real estate developer's comments on Friday that the fall of the British currency after the Brexit vote could mean more business for his golf course in Turnberry, Scotland, where he was speaking.

"Every president is tested by world events, but Donald Trump thinks about how his golf resort can profit from them," said the 30-second ad.

Paul Manafort, campaign chairman for Trump, rejected the Clinton charge and said Trump was more in sync with the global economic frustration exemplified by the Brexit vote. In contrast, the Clinton ad showed her campaign's "tone deafness" by focusing on things the American people did not care about, he said.

"The American people care about what is going to happen to their lives, about change. And the issues of Brexit, this kind of phony ad, doesn't address those things," Manafort said on NBC's "Meet the Press."

Global stock markets nosedived on Friday and economic experts warned of a potential global recession after the shocking British vote to pull out of the European Union. As the terms of the exit became mired in turmoil over the weekend, markets prepared for the possibility of more pain on Monday.

The unexpected outcome quickly reverberated through the Nov. 8 race for the White House on Friday. Trump, the presumptive Republican nominee, called Brexit a model for his insurgent campaign, while Clinton, his likely Democratic rival, said the uncertainty underscores the need for "calm, steady, experienced leadership."

"The genius of what's happened with the candidacy of Donald Trump is he's given voice to that, just as was given in the UK," Corker, who has been mentioned as a possible vice presidential pick for Trump, said on CNN's "State of the Union" program.

He said he thought Trump's appearance at his golf course in Scotland after the Brexit vote "was one of his best events" and his comments about the British currency and what it would mean for his businesses were just "an anecdotal statement" about its effects.

"He was giving an example, which is obvious, that when the currency fluctuates, as it does, more Americans are going to be able to travel to the U.K. more cheaply," he said.

Senate Majority Leader Mitch McConnell, a Kentucky Republican, said the Brexit vote showed people were tired of being dictated to by "unelected bureaucrats in Brussels," and said there were parallels in the United States.

"You see the same thing here. We have had a regulatory rampage over the last six years. A lot of the people the president has put on these boards and commissions in his government are pursuing policies that we haven't passed in Congress," McConnell said on ABC's "This Week."

Democratic presidential candidate Bernie Sanders, who built his White House campaign against Clinton around populist proposals to eradicate income inequality, remove big money from politics and rein in Wall Street, said the Brexit vote encapsulated many of those concerns.

"What ordinary people are saying is 'hey, give us an economy that works for all of us, not just the people on top,' and I think that is to a significant degree what this Brexit vote was about," Sanders said on CNN.