CNN host calls BS on Muslim ban: Shooter 'is as much of an American citizen as Donald Trump is' 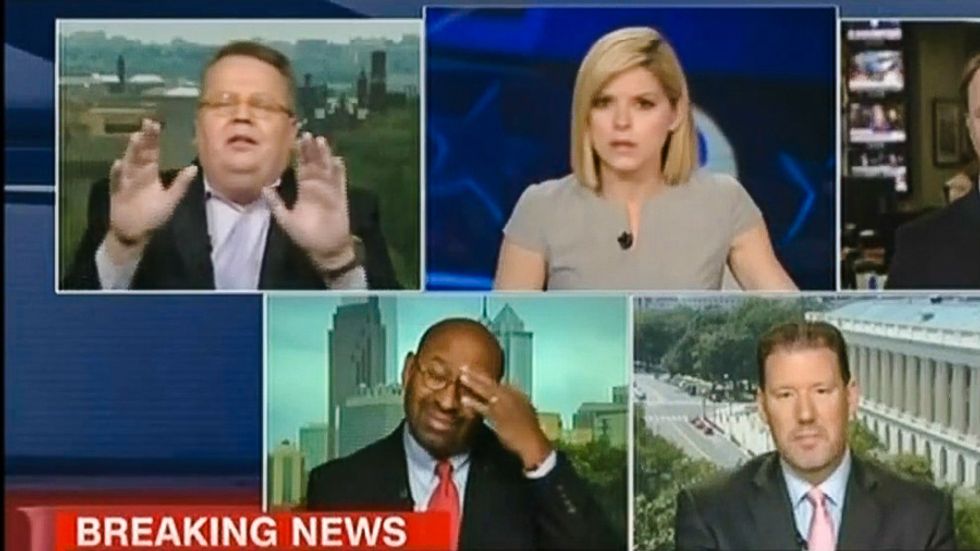 CNN host Kate Bolduan challenged Trump Senior Advisor Barry Bennett about how the presumptive GOP nominee's plan to ban Muslims from entering the U.S. would have stopped an American citizen like the terrorist who murdered 49 people at an Orlando nightclub over the weekend.

In response to the attack on the Pulse nightclub in Orlando, Trump renewed his call for a temporary ban on Muslim immigrants on Monday, arguing that many followers of Islam had the "same thought process as this savage killer."

"The man who committed this attack is a U.S. citizen," Bolduan pointed out following Trump's speech. "He was born right here in New York City."

"But Barry," Bolduan interrupted. "Not ban terrorists, he wants ban all Muslims from entering the country."

"What he wants to do is stop terrorist immigration -- Muslim immigration until we can figure out who the terrorists are and who they aren't," Bennett insisted. "We can't just, like, let them in and let them sort themselves out. This is crazy."

"What does banning all Muslims coming into the country change about what happened in Orlando?" she pressed.

"Nothing," Bennett admitted. "That doesn't have anything to do with this guy, it has to do with his parents. He wouldn't be here if his parents didn't come."

"I have heard from those in the intelligence community who say it's a cop out to say you want a temporary ban on those coming into the country," she explained. "Because there is no better system to actually vet. The system, they say, is good. It's not going to get better."

"The question becomes how many terrorists will we allow to come into the country?" Bennett replied. "How many are acceptable?"

"With regard with what we're seeing to date, we haven't literally let any of them in," Bolduan observed. "If you're talking about this past weekend, which is the whole impetus and motivation behind this speech of Donald Trump today."

Watch the video below from CNN International, broadcast June 13, 2016.