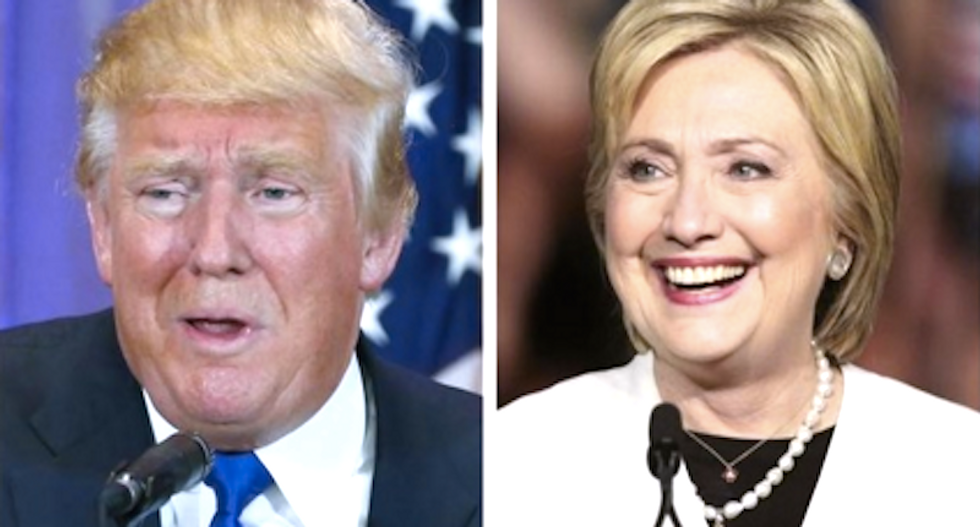 The U.S. presidential election battle between Hillary Clinton and Donald Trump has barely begun but their Twitter war is on.

After receiving President Barack Obama's endorsement on Thursday to succeed him in the White House, Clinton, who this week clinched the Democratic nomination for the Nov. 8 election, tweeted she was honored to have his support and "fired up and ready to go."

Trump, who has made extensive use of Twitter during his insurgent Republican presidential campaign, took the opportunity to tweet back: "Obama just endorsed Crooked Hillary. He wants four more years of Obama—but nobody else does!"

Within minutes, the phrase, a popular form of online dismissal, became Clinton's most popular tweet ever, with more than 194,000 retweets and 213,000 likes.

Prominent Republicans rushed to their presumptive nominee's aid, taking thinly veiled shots at Clinton's use of a private email server while secretary of state.

".@HillaryClinton If anyone knows how to use a delete key, it's you," tweeted Republican National Committee Chairman Reince Priebus.

Clinton has repeatedly said she chose "not to keep" some 30,000 emails her lawyers deemed personal, which has been widely interpreted as meaning she deleted the personal emails.

Trump later rejoined the battle, tweeting: "How long did it take your staff of 823 people to think that up--and where are your 33,000 emails that you deleted?"