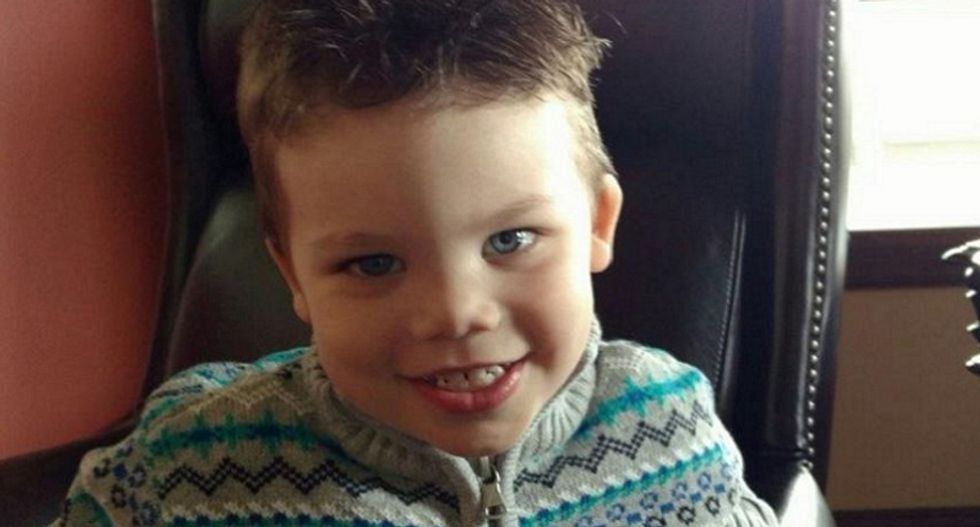 Newspaper reports say the boy's body was finally found, at the bottom of Disney’s Seven Seas Lagoon, drowned, but that “his body was intact.” Now why should that be? Alligators don’t play games. When they grab you, it’s because they want to eat you. Why wasn’t the boy eaten by that alligator, or by one of four other alligators that were later rounded up and removed from the lagoon by the authorities?

But that’s not my real question. More important is this one: How come the Seven Seas Lagoon, a man-made lake created, managed and controlled by Disney, was full of alligators? Which leads to the next question: Why was the Disney organization unaware of the fact that its man-made lagoon was infested with alligators?

Or was it unaware?

Sadly, it appears that Disney was very much aware of the alligators in and around its facilities, despite a statement from the local Orange County Sheriff, Jerry Demings, who said, during the search for the child, that Disney's wildlife management system has ensured "that their guests are not unduly exposed to the wildlife in this area."

The sheriff’s statement does not comport with the experience of Kadie Whalen, who visited Disney World with her family four years ago. Whalen said her three young children and niece had been playing on a resort beach at the water's edge with buckets and shovels (provided by Disney workers) when a 7-foot gator appeared in a lake just a few feet away. She screamed and everyone scattered.

Disney’s trappers appeared almost immediately and caught the animal, which they dragged away across the pool and courtyard area outside the hotel, as shocked tourists looked on. Whalen added that Disney workers threatened to confiscate the phones and cameras of anyone who tried to photograph or videotape the spectacle.

"We knew that Disney was aware that this was a problem, and yet they encourage people to be there," Whalen said in a recent telephone interview she gave to ABC News.

“No one in my family was hurt,” she said, but after her experience, she was not surprised by this week's fatal alligator attack.

Whalen said she complained to the front desk about her family’s alligator experience, and wrote a letter to Disney, but never heard back.

She was chided by Florida residents, who questioned why she would ever let her kids get near the water in alligator territory, even at a Disney resort. "It never crossed our minds at Disney World that we would have to worry about a predator eating our children," she said. "We don't have alligators in Pennsylvania."

Even without Kadie Whalen’s warnings, Disney’s prior awareness of the danger to its guests might be deduced from the alacrity with which its trappers showed up to cart away the alligator that frightened the Whalen family. It suggests Disney might have had the equivalent of an alligator SWAT team on standby.

In the aftermath of last Tuesday’s tragedy, Disney and its spokespersons repeatedly reminded reporters that signs at the Grand Floridian specifically said, “No swimming in the water." But as many have noted, "No Swimming" does not mean "Beware of alligators." Which is something most Florida resort operators know very well. Barely a 10-minute walk from the Grand Floridian, at a vacation center for the U.S. military called Shades of Green Resort, a small pond next to the golf course prominently displays a sign warning visitors to stay away from alligators.

But Disney’s policy about warning signs is about to change. A senior Disney source told CNN on Thursday evening that alligator warnings will now be posted on all its resort waterways.

Possibly too little, and certainly too late. Clearly, the patrons of Disney’s resort had a reasonable right to believe that they were safe in the man-made environment Disney had created, for which they had paid admission and/or hotel fees. So it appears that Disney was negligent in not posting adequate warning signs. But was it only negligence?

As the above evidence suggests, although Disney was well aware of the danger from alligators, it may have declined to post appropriate warning signs for fear of deterring potential guests. Which means that, as surely as the sun will rise tomorrow, we will soon see a $100 million lawsuit filed against Disney World by the parents of the dead child. This will be a high-profile case that the media will turn into a circus for however long it lasts.

Although it might not last all that long—the reason being that Disney is at least as smart as I am in realizing that headlines like “Bereaved Parents File Lawsuit Against Soulless Corporation That Robbed Them of Their Child” is not the kind of ongoing publicity it wants. So Disney’s corporate attorneys are probably already negotiating with the attorneys that the family has probably already hired. The outcome will no doubt be a very private and very quiet settlement for an undisclosed amount designed to nip any further news coverage in the bud. Chalk up one more case in which a corporation has put profits before people with tragic results.