Ex-Secret Service officer jumps the shark on Fox News: Hillary Clinton 'does not like men' 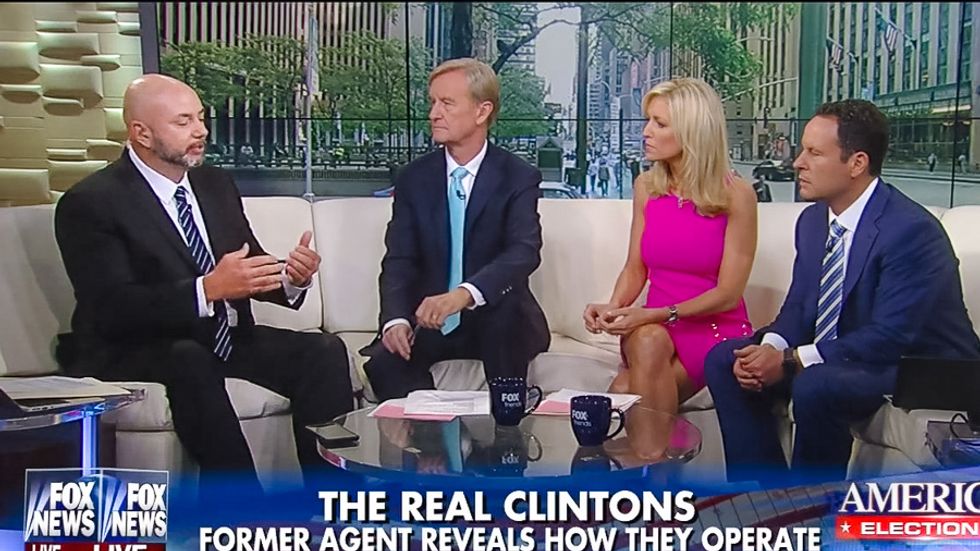 Former Secret Service officer Gary J. Byrne, whose book has been denounced by fellow agents, asserted this week that Hillary Clinton "does not like men."

While promoting his book on Fox & Friends on Wednesday, Byrne suggested that the presumptive Democratic nominee was a violent person who broke a White House vase and gave her husband a black eye.

"There was this guideline where she didn't want to see [White House staff]," Byrne opined. "My experience with them is they don't like the military and they don't like law enforcement."

"And my personal feeling based on what I saw is she does not like men," he added.

Byrne explained that he wrote the book, Crisis of Character, because he wants "the truth to come out."

"I want my kids to know from their father what had happened," he insisted. "This image of Ms. Clinton that she's a leader is completely wrong."

Politico reported earlier this month that the president of the Association of Former Agents of the United States Secret Service (AFAUSSS) condemned Byrne for "inflating his role" and peddling gossip.

"One must question the veracity and content of any book which implies that its author played such an integral part of so many [claimed] incidents," a statement from AFAUSSS said. "Any critique of management by one who has never managed personnel or programs resounds hollow. Additionally, why would an employee wait in excess of ten years after terminating his employment with the Service to make his allegations public?”