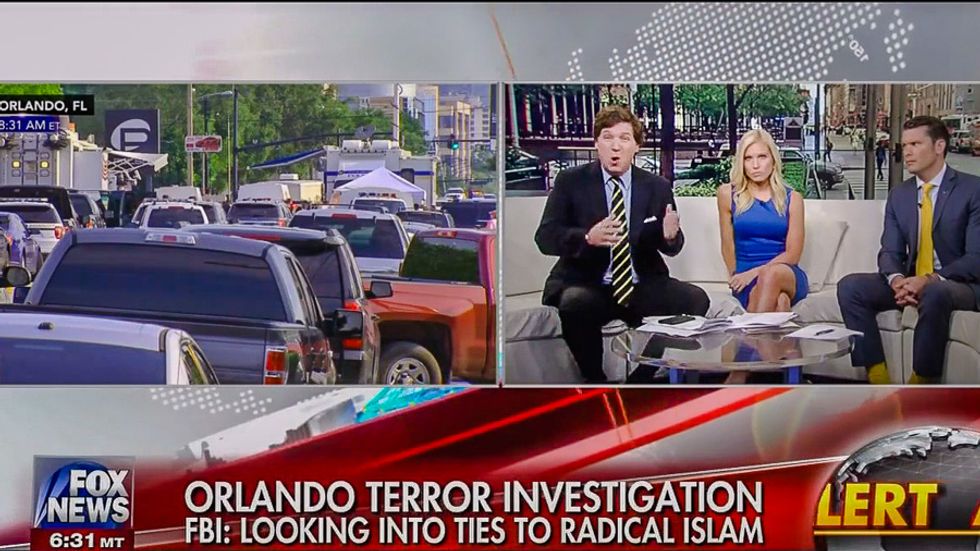 Fox News host Tucker Carlson suggested on Sunday that President Barack Obama shared the blame for killings at a gay nightclub in Orlando because his administration had downplayed Islamic terrorism.

"All Americans have a role to play," Gorka warned. "You must be aware you are on the front lines. Be alert and report anything that you see that is suspicious."

"Doesn't the politicization of all of this, the relentless lying by the administration about the Islamic terror threat we face make it harder for people to want to step forward and say what they see?" the Fox News host opined.

"Absolutely, it's horrific," Gorka agreed, recalling that an Obama administration had spoken with him after he recently conducted a police training event.

"A young woman walks up from the administration, from the Department of Homeland Security and says, 'Look, Dr. Walker, that's all really interesting, but I disagree with all of it because the primary threat to America is white supremacists,'" he scoffed.

"The Obama administration had deliberately and willfully for seven years tried to avoid telling the American people the truth about an ideology which is an enormous threat to our civilization," Gingrich said, "and which is winning the war."