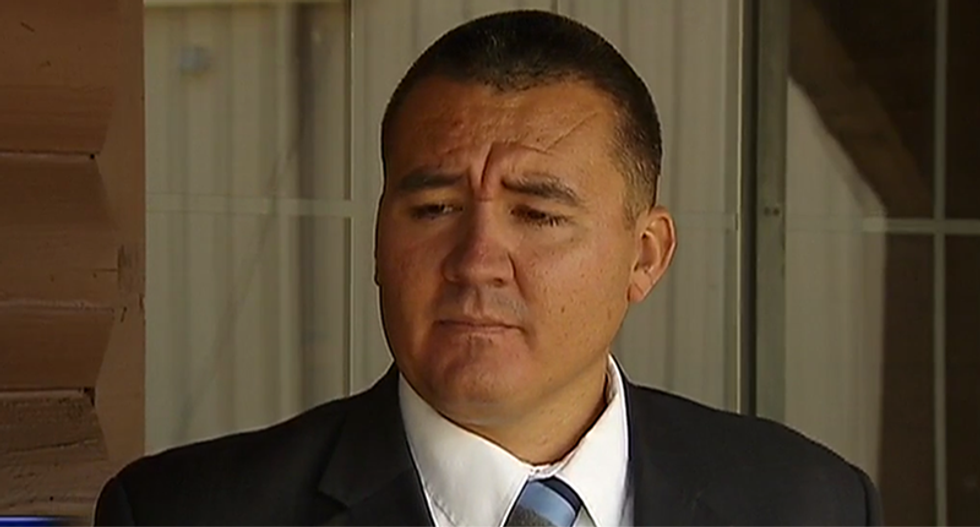 In the wake of the attack on the Pulse nightclub in Orlando, Florida last week, many right-wing Christian religious leaders have celebrated the shooter's actions, but a Texas pastor is taking that to a whole new level.

Pastor Donnie Romero of Stedfast Baptist Church in Fort Worth told his flock he agrees "100 percent" with Baptist Pastor Roger Jimenez, who made news with his sermon advocating that the government should use a firing squad to "blow their brains out."

"These 50 sodomites are all perverts and pedophiles, and they are the scum of the earth, and the earth is a little bit better place now," Romero said in the Sunday sermon. "And I’ll take it a step further, because I heard on the news today, that there are still several dozen of these queers in ICU and intensive care. And I will pray to God like I did this morning, I will do it tonight, I’ll pray that God will finish the job that that man started, and he will end their life, and by tomorrow morning they will all be burning in hell, just like the rest of them, so that they don’t get any more opportunity to go out and hurt little children."

Romero went on to cite Sodom and Gomorrah, which he called the first ever "queer mass murder" and called out mega churches, whom he believes are too soft on preaching anti-gay sermons. Biblical scholars believe the "sin" in the story had nothing to do with homosexuality, rather it was about inhospitality.

In a twist, Romero was ordained by Pastor Steve Anderson, who also made the list of anti-LGBT religious leaders standing with the actions of the shooter.

Romero's church has been named by the Southern Poverty Law Center as an anti-LGBT hate group.