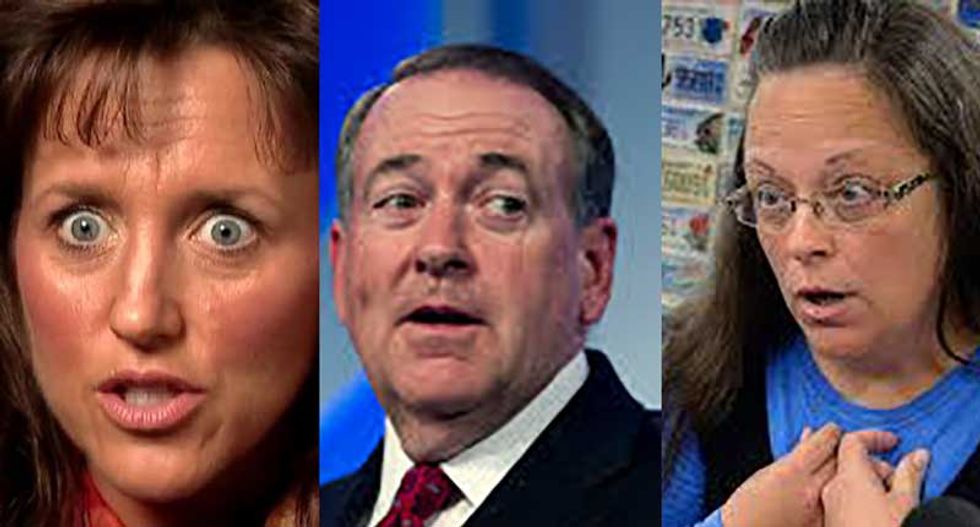 "The good news is that there’s 50 less pedophiles in this world, because, you know, these homosexuals are a bunch of disgusting perverts and pedophiles. That’s who was a victim here, are a bunch of, just, disgusting homosexuals at a gay bar, okay? And then I’m sure it’s also gonna be used to push an agenda against so-called “hate speech.” So Bible-believing Christian preachers who preach what the Bible actually says about homosexuality — that it’s vile, that it’s disgusting, that they’re reprobates — you know, we’re gonna be blamed. Like, “It’s all extremism! It’s not just the Muslims, it’s the Christians!” I’m sure that that’s coming. I’m sure that people are gonna start attacking, you know, Bible-believing Christians now, because of what this guy did.I’m not sad about it, I’m not gonna cry about it. Because these 50 people in a gay bar that got shot up, they were gonna die of AIDS, and syphilis, and whatever else. They were all gonna die early, anyway, because homosexuals have a 20-year shorter life-span than normal people, anyway."

Radical right-wing Christians must recognize the part their anti-gay rhetoric, legislation, hate speech and repeated attacks on the LGBT community played in the slaughter at Pulse Nightclub in Orlando. Yes, the terrorist homophobe who reportedly pledged allegiance to ISIL before he repeatedly pulled the trigger deserves all our anger and outrage. We will hear plenty about his radicalized religious beliefs in the coming days, but that is likely all the religious analysis we will hear in the media. But, we cannot let religious ideologues in the far-right Christian camp off the hook. Steven Anderson is not an anomaly. America has been painstakingly codifying beliefs he expressed into law. Polished politicians blunt the edges of Anderson's words though the language of legislation but the hate and fear remains.

They will claim the assertion they have any role in the massacre as an attack on their religion – much like the consistent and well-orchestrated “war on Christmas” we heathens rage every year. They will tell you that their prayers are enough to overcome this act of terror. They will tell you Jesus wants you to arm yourself. “Get your guns before Obama takes them.” They will tell you this is about radicalized Islamist terrorists. They will whistle away the notion that guns or gays had anything to do with this tragedy.

Let me try to explain.

Remember Kim Davis? She of the well-crafted front bouffant hairdo of the truly pious? The Kentucky County Clerk rocketed to right-wing Evangelical fame for refusing to issue marriage certificates to LGBT couples. She was thrown in jail for this act of great Christian conviction by the tyrannical Kentucky government. Mike Huckabee, guitarist, pastor, failed presidential candidate and pedophile-Josh-Duggar defender welcomed Davis when she was released from jail. As Davis walked from the building the 1980’s Survivor classic The Eye of the Tiger played, the assembled crowd cheered and Davis took her place – triumphantly – next to Huckabee and raised her arms. All glory to God.

Mike Huckabee made her a right-wing anti-gay saint. In the big picture, the now nearly forgotten Davis and the Huckabee-contrived event is a very small drop in a seething bucket of right-wing Christian anti-gay hate.

Over the last few decades, right-wing Christian politics has sent a very clear message: gays are bad. At this point, they will recoil from this notion: we love the sinner but hate the sin!

Don’t buy it. Not for a second.

Remember the draconian “Kill The Gays” bill Uganda floated several years ago? Guess what? A US Evangelical named Scott Lively put that into motion. He went and preached about the sodomites, the crimes against God the gays were committing and homosexuals’ supposed predilection toward pedophilia. He enlisted Ugandan Pastor Martin Semmpa who showed his congregation a pornographic video featuring two men while screaming from the pulpit that the gays “eat the poo-poo.” Lively’s visit incited violence, murder and that horrific bill. Lively is now on trial for crimes against humanity. But that must be a really extreme example! Nope. Incredibly popular Pastor Rick Warren, author of The Purpose Driven Life refused to denounce the bill until he felt significant pressure. The same Pastor Warren who gave the invocation at President Obama’s first inauguration.

I have been to Uganda. I have seen the brutalization Lively, Warren and the right-wing Christians who support these hate ministries has wrought. A friend and LGBT-rights activist in Uganda told me that homophobia is not indigenous to Africa: Americans brought it to them. I have also visited LGBT people imprisoned in Cameroon for being gay. Cameroon is about 50/50 Muslim and Christian with a very large Catholic population. When I was there in 2014, the Catholic Bishop was dismissed over his anti-gay hate speech. According to human rights groups there, the Catholic Church also circulated an anti-gay prayer to be read during mass.

The multitude of ways right-wing Christians discriminate against and kill – directly or indirectly – LGBT people can be incredibly nuanced. We are all familiar with the battle raged by conservative Mormons in the Prop-8 case in California and the battle for Marriage Equality around the US.

In my home state of Iowa, there was a particularly nasty battle run by Southern Poverty Law Center hate group, the Family Research Council, headed by right-wing Christian anti-gay zealot Tony Perkins. The Iowa branch, which is titled The FAMiLY Leader or TFL (little “I” to show subservience to god), gets a lot of attention because Iowa is the first state in the nation to caucus. Candidates spend a lot of time stumping through Iowa and in 2012; The New York Times dubbed TFL head, Bob Vander Plaats a “political kingmaker” for the GOP. I have met Bob. I have spoken with Bob. He has very earnestly told me that the reason they were rallying against marriage equality was because (as he was sure I was aware) gay marriage leads to man-on-dog love and fathers marrying daughters.

Around the country LGBT couples are fighting for the right to adopt children. HIV is criminalized around the country putting a big red X on gay men and others. Gay men – by law – cannot donate blood. Most people didn’t even know that until Orlando. Federally funded abstinence-only programs populate our public schools masquerading as sexual education. What the actually do is preach sexual purity until heterosexual marriage, and they stigmatize girls and LGBT kids. How about the Great Bathroom Panic of 2016? It isn’t secular humanists behind these laws and programs; it is right-wing Christians serving in state and national office.

What message is all of this sending to our LGBT citizens? That you are less than, you are poison, your blood is tainted even if it’s not, you are after our children, you cannot love who you love. The message coming from the far right is “We Hate You”. Donald Trump gloat-tweets, Paul Ryan doesn’t mention guns or gays in his statement – just Islamic terrorists. The GOP’s (political party of choice for the far right Christian camp) presumptive presidential nominee and the US Speaker of the House deny any connection between the slaughter at Pulse and anti-gay hate crime.

Still not buying it?

Well, I will let the Lt. Governor Dan Patrick of Texas explain. In tribute to those murdered at Pulse he tweeted this: “Do not be deceived. God Cannot Be Mocked. A man reaps what he sows” (Galatians 6:7).

I’ve got one too: “You hypocrite! First take the beam out of your own eye and then you will see clearly to remove the speck from your brother’s eye” (Matthew 7:5).