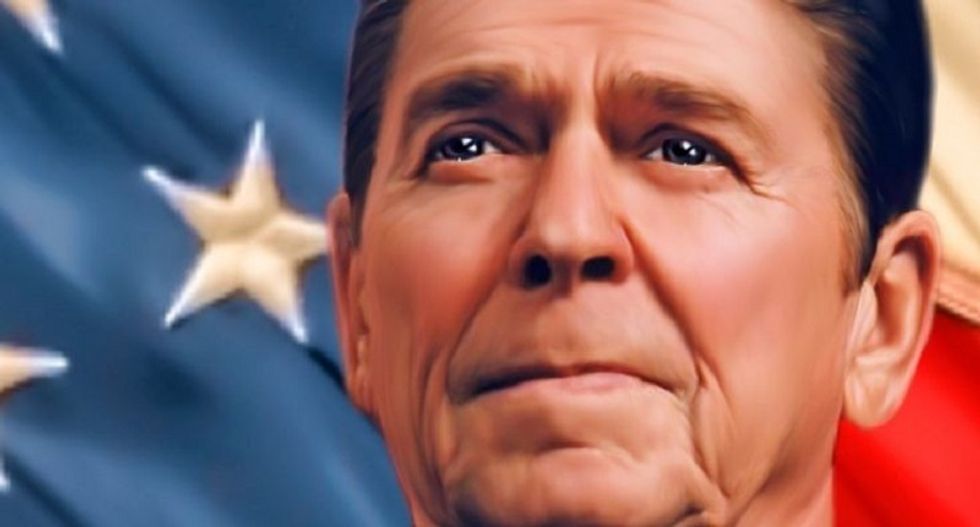 This exclusive excerpt is taken from Ibram X. Kendi’s new book, Stamped from the Beginning: The Definitive History of Racist Ideas in America. It marks the 30th anniversary of the height of the racist scaremongering and punitive measures around the US crack “epidemic”—in contrast to the relatively compassionate response we see to the perceived opioid “epidemic” among white people today.

On June 24, 1982, President Ronald Reagan issued one of the most devastating executive orders of the 20th century. “We must mobilize all our forces to stop the flow of drugs into this country” and to “brand drugs such as marijuana exactly for what they are—dangerous,” he said, announcing his own War on Drugs.

Criminologists hardly feared that the new war would disproportionately arrest and incarcerate African Americans. Many criminologists were publishing studies that apparently found that racial discrimination no longer existed in the criminal justice system.

“We can fight the drug problem, and we can win,” Reagan announced.

It was an astonishing move. Drug crime was declining. Only 2 percent of Americans viewed drugs as the nation’s most pressing problem. Drug treatment therapists were shocked by Reagan’s unfounded claim that America could “put drug abuse on the run through stronger law enforcement.”

Americans somehow fell for this myth. And two years later, during his reelection campaign in 1984, Americans fell for another Reagan myth: the good “morning in America” he peddled about the better economy.

Nor was it morning in America when some of these unemployed youths started remaking the expensive powder cocaine into more cost-effective crack to sell so they could earn a living. Then, the Reagan administration wanted to make sure that everyone knew it was not morning in America in black urban neighborhoods, and that drugs—specifically, crack—and the drug dealers and users were to blame.

In October 1985, the US Drug Enforcement Administration (DEA) charged Robert Stutman, the special agent in charge of the DEA’s New York City office, with drawing media attention to the spreading of crack (and the violence from dealers trying to control and stabilize drug markets). Stutman drew so much attention that he handed Reagan’s slumbering War on Drugs an intense high.

In 1986, thousands of sensationally racist stories engulfed the airwaves and newsstands describing the “predator” crack dealers who were supplying the “demon drug” to incurably addicted “crackheads” and “crack whores” (who were giving birth to biologically inferior “crack babies” in their scary concrete urban jungles). Not many stories reported on poor white crack sellers and users. In August 1986, Time magazine deemed crack “the issue of the year.” In reality, crack had become the latest drug addicting Americans to racist ideas.

On October 27, 1986, Reagan, “with great pleasure,” signed the Anti-Drug Abuse Act, supported by both Republicans and Democrats.

“The American people want their government to get tough and to go on the offensive,” Reagan commented. By signing the bill, he put the presidential seal on the “Just say no” campaign and on the “tough laws” that would now supposedly deter problematic drug use. While the Anti-Drug Abuse Act prescribed a minimum five-year sentence for a dealer or user caught with five grams of crack, an amount typically handled by black and poor people, the mostly white and rich users and dealers of powder cocaine—who operated in neighborhoods with fewer police—had to be caught with 500 grams to receive the same five-year minimum sentence. Racist ideas defended this racist and elitist policy.

The act led to the mass incarceration of Americans. The prison population quadrupled between 1980 and 2000 due entirely to stiffer sentencing policies, not more crime. Between 1985 and 2000, drug offenses accounted for two-thirds of the spike in the inmate population.

By 2000, black people comprised 62.7 percent of all drug “offenders” in state prisons—and not because they were selling or using more drugs. That year, the National Household Survey on Drug Abuse reported that 6.4 percent of white people and 6.4 percent of black people were using illegal drugs. Racial studies on drug dealers usually found similar rates. One 2012 analysis, the National Survey on Drug Use and Health, found that white youths (6.6 percent) were 32 percent more likely than black youths (5 percent) to sell drugs. But black youths were far more likely to get arrested for it.

During the crack craze in the late 1980s and early 1990s, the situation was the same. White and black people were selling and consuming illegal drugs at similar rates, but black users and dealers were getting arrested and convicted much more. In 1996, when two-thirds of the crack users were white or Latino, 84.5 percent of the defendants convicted of crack possession were black.

These false assumptions fixed the image of the dangerous black inner-city neighborhood as well as the contrasting image of the safe white suburban neighborhood—a racist notion that affected the decisions of so many Americans, from housing choices to drug policing to politics, that they cannot be quantified.

The “dangerous black neighborhood” conception is based on racist ideas, not reality. There is such a thing as a dangerous unemployed neighborhood, however.

One study, for example, based on the National Longitudinal Youth Survey data collected from 1976 to 1989, found that young black males were far more likely than young white males to engage in serious violent crime. But when the researchers compared only employed young males, the racial differences in violent behavior disappeared. Certain violent crime rates were higher in black neighborhoods simply because unemployed people were concentrated in black neighborhoods.

But Reagan’s tough-on-crime Republicans had no intention of committing political suicide and redirecting the blame for violent crime from the lawbreakers onto Reaganomics. Nor were they willing to lose their seats by trying to create millions of new jobs in a War on Unemployment, which would certainly have reduced violent crime.

Instead, turning the campaign for law and order into a War on Drugs enriched many political lives over the next two decades. It hauled millions of impoverished non-white, nonviolent drug users and dealers into prisons where they could not vote, and later paroled them without their voting rights. A significant number of close elections would have come out differently if felons had not been disenfranchised, including at least seven senatorial races between 1980 and 2000, as well as the presidential election of 2000.

What an ingeniously cruel way to quietly snatch away the voting power of your political opponents.

Even the statistics suggesting that more violent crime—especially on innocent victims—was occurring in urban black neighborhoods were based on a racist statistical method rather than reality.

Drunk drivers, who routinely kill more people than violent urban black people, were not regarded as violent criminals in such studies, and 78 percent of arrested drunk drivers in 1990 were white males. In 1986, 1,092 people succumbed to “cocaine-related” deaths, and there were another 20,610 homicides. That adds up to 21,702— still lower than the 23,990 alcohol-related traffic deaths that year (not to mention the number of serious injuries caused by drunk drivers that do not result in death).

Drug dealers and gangsters primarily kill each other in inner cities, whereas the victims of drunk drivers are often innocent bystanders. Therefore, it was actually an open question in 1986 and thereafter whether an American was truly safer from lethal harm on the inner city’s streets or on the suburban highways. Still, white Americans were far more likely to fear those distant black mugshots behind their television screens than their neighborhoods’ white drunk drivers, who were killing them at a greater rate.

Since Reagan never ordered a War on Drunk Driving, it took a long and determined grassroots movement in the 1980s, forged by Mothers Against Drunk Driving (MADD) and countless horrible incidents—such as the drunk driver who killed 27 schoolbus passengers in 1988—to force reluctant politicians to institute stronger penalties. But these new penalties for DUIs and DWIs still paled in comparison with the automatic five-year felony prison sentence for being caught for the first time with five grams of crack.