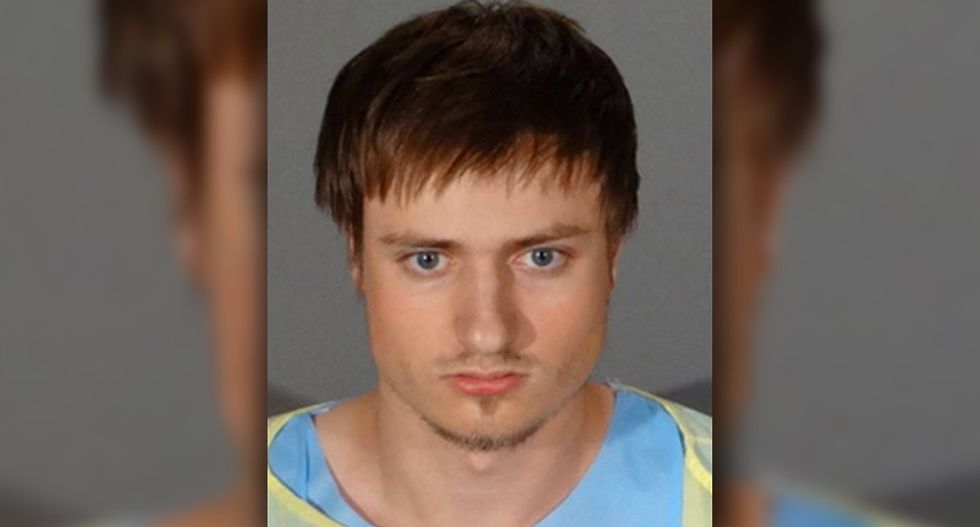 James Wesley Howell was already under investigation for allegedly molesting a 12-year-old girl when he was arrested for allegedly planning to do "harm" to the Los Angeles LGBT Pride festival, the Indianapolis Star reported.

"He understood that this child molesting investigation was ongoing and he was in imminent danger of being arrested," said Clark County Prosecutor Jeremy Mull.

The girl's mother alerted authorities about the alleged molestation on June 2, three days after the alleged encounter between her daughter and the 20-year-old suspect inside his car at a park, and shortly before his last reported sighting in the state.

"They crawled in the back seat and did things they should not have been doing," the mother reportedly said in a police interview.

Howell was charged with one count of child molestation on Wednesday, a day after he was charged in California with unlawful possession of an assault weapon and explosives.

According to the Star, the Indiana girl Howell allegedly molested did not consider herself to be victimized and discussed marrying Howell when she turned 18. However, he reacted angrily when confronted over the encounter by a family friend, calling himself a "sociopath with an automatic" and threatening to kill not only himself, but police officers and members of the girl's family.

If convicted of molesting the girl, Howell faces up to 17 years in prison. He faces up to nine years and eight months in prison if convicted in California. His bail has been set at $2 million, citing a "significant public safety danger."