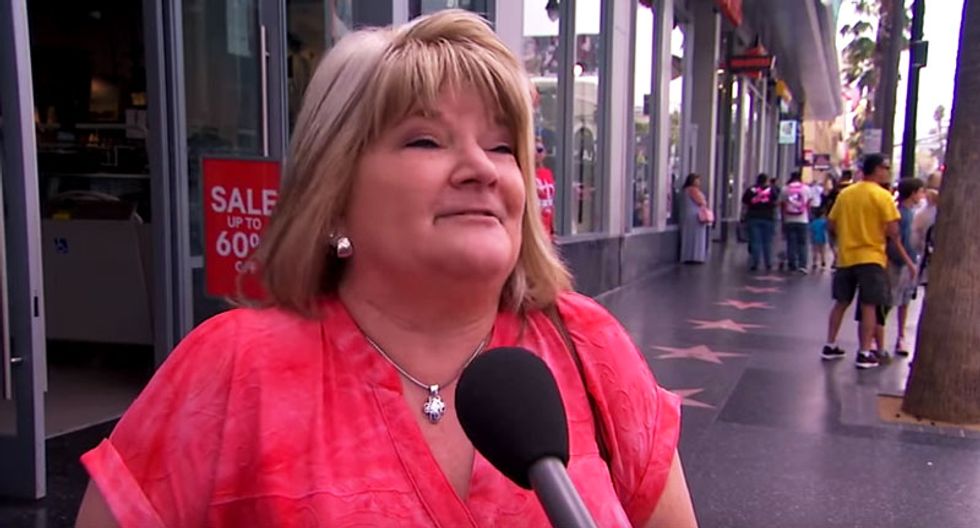 How passionate are Donald Trump supporters?

“It seems like Donald Trump could say anything and they would stick with him, and to test this hypothesis, we went out on the street and asked people who said they’re on team Trump, what would Donald Trump have to do to lose your vote?" explained Jimmy Kimmel.

Some answers were predictable.

"Take my guns," one supporter answered.

Others were slightly more frightening. One woman drew the line at "punching a woman right in the face on national TV," which was oddly specific.

"Be a child molester," another said, when asked.

But many on the Trump train were bewildered by the very nature of the question.

"Short of killing somebody… I don’t know," one man answered.

The Kimmel team then started getting really creative. "What if he turned out to have a tattoo of a swastika on his shoulder?” they asked.

“He probably does,” the supporter claimed, and explained why it wouldn't make him choose another candidate. "I got friends that have swastikas on their arms and they’re cool," he said.

"What if he stood in the middle of Fifth Avenue and shot somebody? Would you still vote for him?" the interviewer asked another voter, paraphrasing Trump's infamous line.