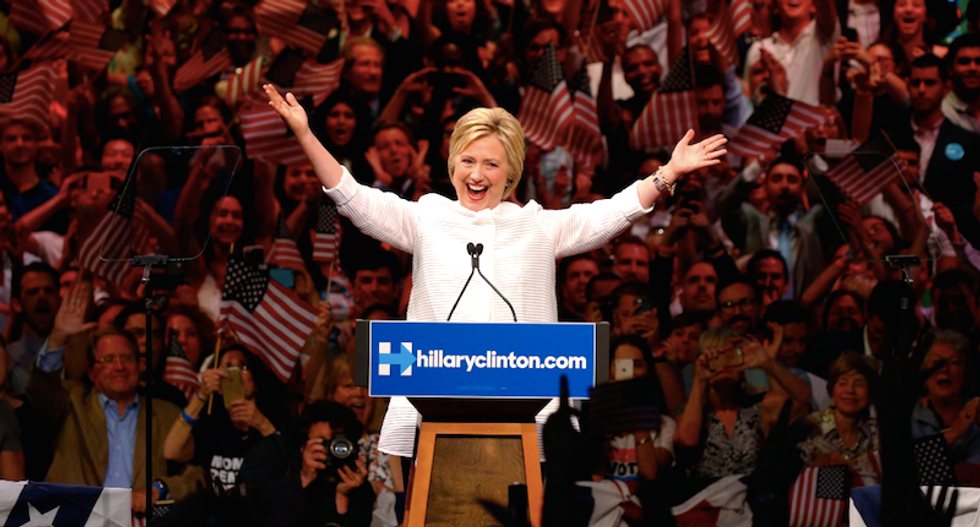 The largest labor federation in the United States, the AFL-CIO, endorsed Hillary Clinton for president of the United States on Thursday, vowing to throw the full weight of more than 50 unions representing about 12.5 million workers behind the presumptive Democratic presidential nominee.

“Hillary Clinton is a proven leader who shares our values," AFL-CIO President Richard Trumka said in a statement. “We will run a sophisticated, targeted ground campaign. And with the dire consequences Donald Trump poses for America’s working families, it has to be.”

While the federation generally does not endorse a Democratic candidate until there is an official nominee, Trumka has warned for months that he believes Republican presumptive nominee Donald Trump would be disastrous for working people if elected.

In accepting the endorsement, Clinton pledged to spend more on public infrastructure and to fight to improve schools. She vowed to increase the federal minimum wage, offer paid family leave and ensure that women receive equal pay.

"As president, I will stand proudly with the AFL-CIO and fight to protect the rights and values that helped build the mighty American middle class. Workers will always have a seat at the table and a champion in the White House," Clinton said in a statement.

The AFL-CIO has already run digital ads criticizing Trump’s candidacy and will now work to boost Clinton's campaign on the ground. Working America, one AFL-CIO affiliate that deals with nonunion workers, already has teams in crucial so-called battleground states.