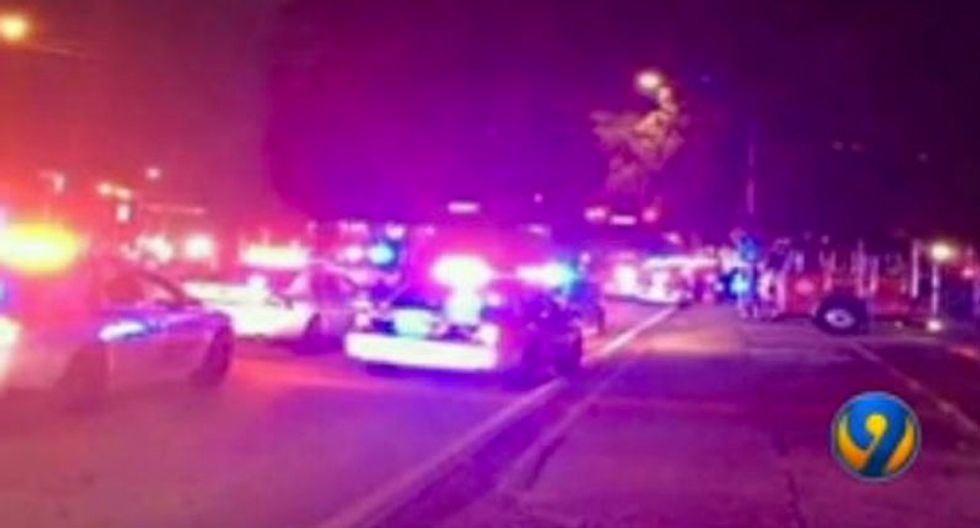 A gunman killed 50 people and injured 53 in a crowded gay nightclub in the tourist hub of Orlando, Florida, early on Sunday before being shot dead by police, authorities said, in what appeared the deadliest mass shooting in American history.

The shooter was identified as Omar S. Mateen, a man that a senior FBI official said might have had leanings toward Islamic State militants. Officials described the attack as a "terrorism incident" though cautioned that the suspected Islamist connection required further investigation.

The death toll given by Orlando Mayor Buddy Dyer and police to reporters made the attack the deadliest single shooting incident in U.S. history, eclipsing the 2007 massacre at Virginia Tech university, which left 32 dead.

"Today we're dealing with something that we never imagined and is unimaginable," Dyer said. Recalling earlier estimates that 20 people had been killed, he added, "It is with great sadness I share that we not have 20 but 50 casualties (dead), in addition to the shooter. There are another 53 ...hospitalized.”

A police officer working as a security guard inside the Pulse nightclub, which has operated in downtown Orlando since 2004, exchanged fire with the suspect at about 2 a.m. EDT, police officials said.

A hostage situation quickly developed, and three hours later a squad of officers stormed the club and shot dead the gunman. It was unclear when the gunman shot the victims.

"Do we consider this an act of terrorism? Absolutely, we are investigating this from all parties' perspective as an act of terrorism," said Danny Banks, special agent in charge of the Florida Department of Law Enforcement. "Whether that is domestic terrorist activity or an international one, that is something we will certainly get to the bottom of."

When asked if the FBI suspected the gunman might have had inclinations toward militant Islam, including a possible sympathy for Islamic State, Ronald Hopper, an assistant FBI agent in charge, told reporters: "We do have suggestions that the individual may have leanings toward that particular ideology. But right now we can't say definitively."

The FBI said it was still trying to pin down whether the mass shooting was a hate crime against gays or a terrorist act.

President Barack Obama ordered the federal government to provide any assistance needed to Florida police investigating the shooting, the White House said in a statement.

Javer Antonetti, 53, told the Orlando Sentinel newspaper that he was near the back of the dance club when he heard gunfire. "There were so many (shots), at least 40," he said. "I saw two guys and it was constant, like 'pow, pow, pow,'."

Video footage showed police officers and civilians carrying injured people away from the club and bending over others who were lying on the ground. Dozens of police cruisers, ambulances and other emergency vehicles could be seen in the area.

Pulse is described on its website as more than "just another gay club." One of the club's founders and owners, Barbara Poma, opened it in 2004 in an effort to keep alive the spirit of her brother, who died after battling HIV.

The choice of target was especially heart-wrenching for members of the U.S. lesbian, gay, bisexual and transgender community, LGBT advocacy group Equality Florida said in a statement.

"Gay clubs hold a significant place in LGBTQ history. They were often the only safe gathering place and this horrific act strikes directly at our sense of safety," the group said. "We will await the details in tears of sadness and anger."

It was the second deadly shooting at an Orlando night spot in as many nights. Late Friday, a man thought to be a deranged fan fatally shot Christina Grimmie, a rising singing star and a former contestant on "The Voice", as she was signing autographs after a concert in the central Florida city.

Orlando has a population of 270,930 and is the home of the famed Disney World amusement park and many other tourist attractions that attracted 62 million visitors in 2014.

After threatening to cut off fuel to roughly a third of the power plants owned by Texas’ biggest power generator, a major pipeline company said Thursday it will continue selling natural gas to the plants through the end of March. But the companies have still not resolved their underlying financial dispute stemming from last February’s deadly winter storm.

Energy Transfer LP subsidiaries walked back their threat after Luminant, a Vistra Corp. subsidiary, on Wednesday asked state regulators to prevent the pipeline company from cutting off fuel to five Vistra power plants, which produce enough electricity to power 400,000 Texas homes, businesses and critical infrastructure such as schools and hospitals.