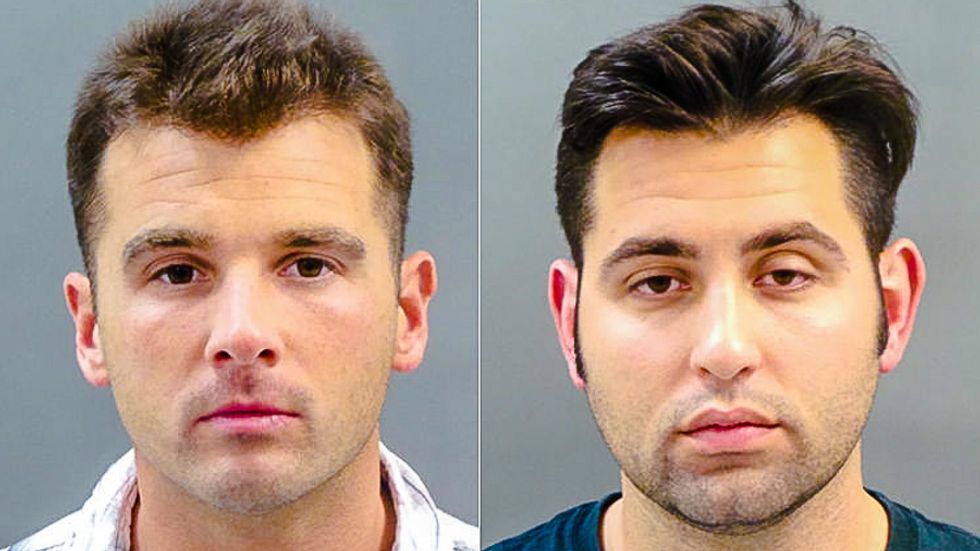 Two Missouri men were arrested over the weekend after surveillance video confirmed that they were responsible for throwing eggs at African-Americans waiting at bus stops during a hate crime spree that lasted months.

According to the St. Louis Police Department, David Ragain and Jesse Reed were seen throwing eggs and shouting racial slurs at a black woman waiting at a bus stop on Friday night.

"The egg hit me in my neck," Lotus recalled.

Ragain and Reed, who are both 30 years old, were charged with "assault motivated by discrimination." Bail was set at $20,000.

Police said that they believe other members of the community have been targeted and have asked for victims to come forward.