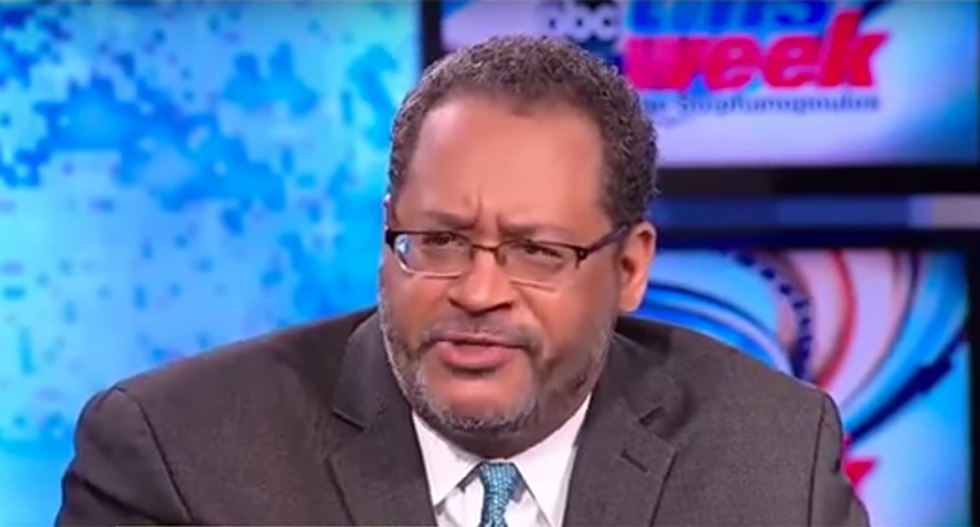 MSNBC's Michael Eric Dyson is taking Trump's support of the United Kingdom's withdrawal from the European Union as a red flag for isolationist policies. On Sunday's This Week with George Stephanopoulos, Dyson joined the panel discussion to discuss what Trump is calling "nationalism."

Conservative Alex Castellanos claimed, "destroyed borders" were the cause of the anti-immigrant sentiment that provoked many to vote to pull out of the EU.

"There are no economic borders now," Castellanos said. "Greece can spend money that Germany has to pay back. The British looked at this and said, we think being a nation is a good idea and that we ought to be one."

He continued that Trump is attempting to tap into a sentiment consistent with the "take America back" movement. "What people are hearing is we ought to have a real nation for all of us."

Dyson disagreed, clarifying that the nation Trump believes in doesn't represent all people.

"When he keeps saying he wants to ban Muslims. He wants to keep immigrants out. He wants to build a wall. And look, at his rallies, when black people are pushed around, he then says, 'I will pay for the legal fees.' Donald Trump amplifies the worst instincts." Dyson slammed the GOP front-runner. "And his nationalism is really a white racist supremacist nationalism that wreaks terror on the American democratic experiment."