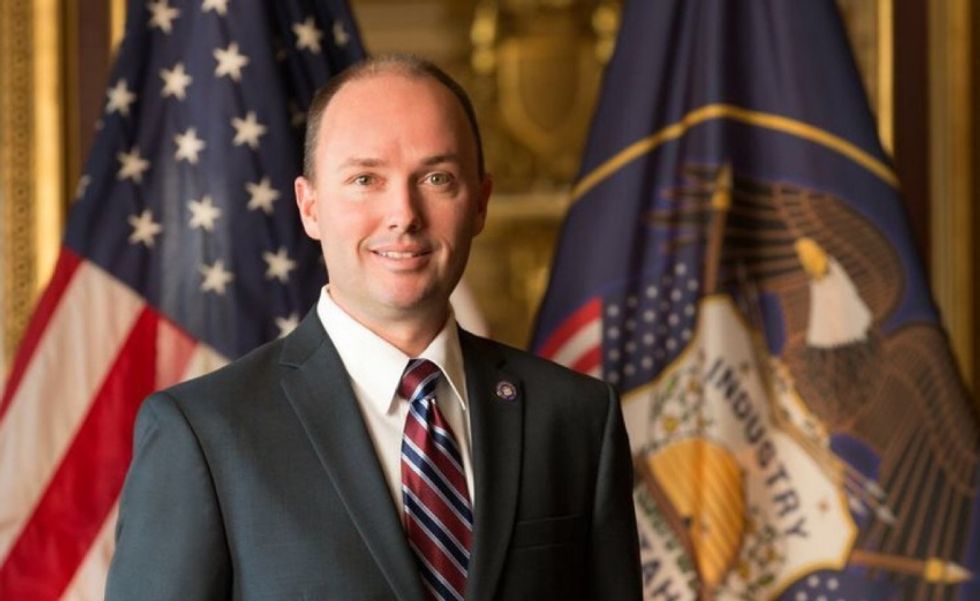 Sometimes it takes a horrible tragedy to make people open up and seek forgiveness for their own prejudices. KSL.com reports that Utah Lt. Gov. Spencer Cox, moved by the horrible terror attack on a gay nightclub in Orlando, issued a heartfelt apology this week for his past bullying of gay people when he was growing up.

"There were some kids in my class that were different," he said. "Sometimes I wasn’t kind to them. I didn’t know it at the time, but I know now that they were gay. I will forever regret not treating them with the kindness, dignity and respect — the love — that they deserved. For that, I sincerely and humbly apologize."

It wasn't just the tragedy in Orlando that changed how Cox views the LGBT community, of course -- over the years he's gotten to know lots of LGBT people whom he has come to consider close friends.

The entire address is very moving and can be found at this link.