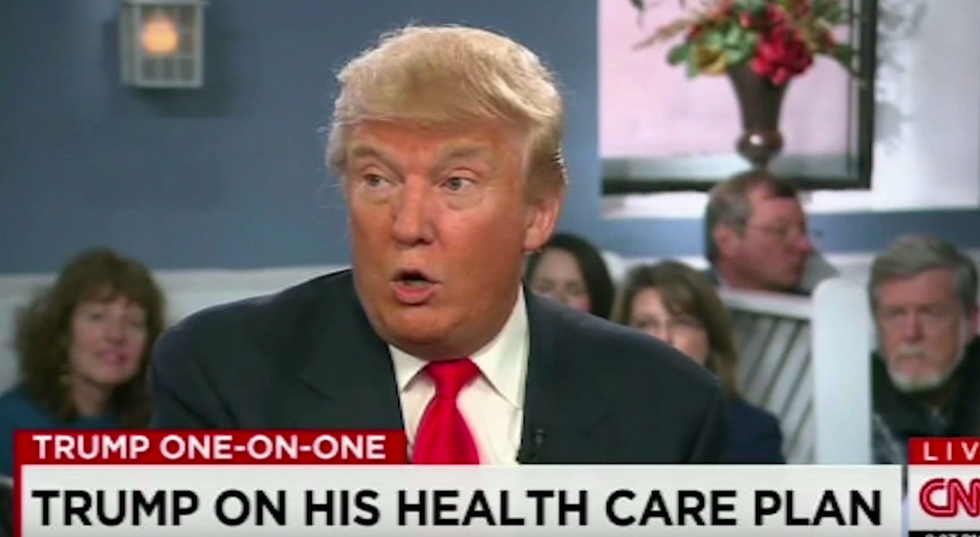 Trump may well attribute the accusation to himself, because a whopping 59 percent of his claims were completely false, versus only 12 percent of Clinton's.

In the course of the speech, Trump claimed that he had opposed to 2003 war in Iraq from the get-go -- a claim that is not true.

Trump said Wednesday, "It all started with her bad judgment in supporting the War in Iraq in the first place. Though I was not in government service, I was among the earliest to criticize the rush to war, and yes, even before the war ever started."

The only part of that claim seems to be that Trump didn't serve in the military or government.

"In September 2002, Trump said he supported the Iraq invasion during an interview with Howard Stern," NBC reports. "Then, in September 2003 - several months after the invasion, he said 'It wasn't a mistake to fight terrorism and fight it hard, and I guess maybe if I had to do it, I would have fought terrorism but not necessarily Iraq.'"

Trump also claimed that Clinton's email server was "easily hacked by foreign governments - perhaps even by her financial backers in Communist China - putting all of America in danger."

This claim was also untrue. You can read the entire fact check here.