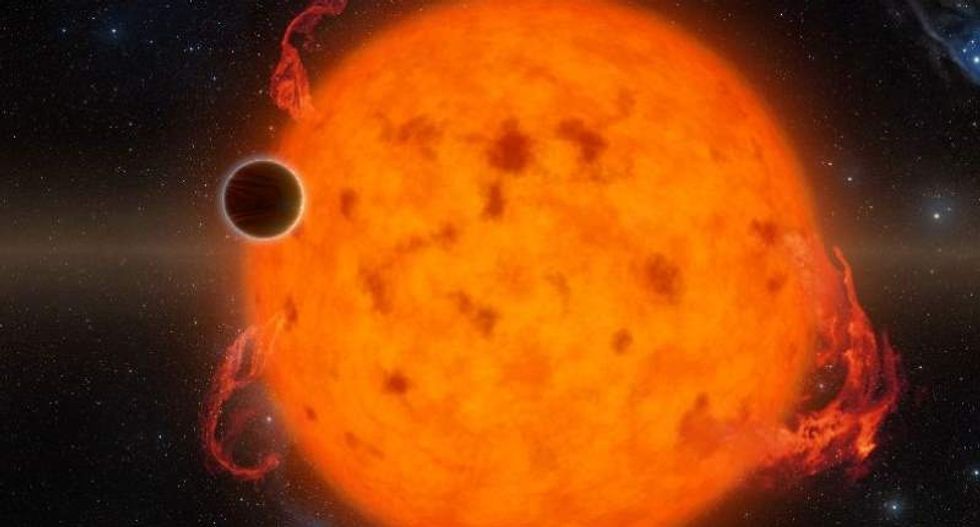 K2-33b, shown in this illustration, is one of the youngest exoplanets detected to date. (AFP)

Astronomers announced Monday the discovery of the youngest planet ever found outside our solar system, lending new insight into how planetary systems form.

The exoplanet's existence suggests that planets can quickly finalize their orbital distances after forming.

Astronomers have published details of their findings in the Astronomical Journal, a scientific review published by the American Astronomical Society.

About five times the size of Earth, which is about 4.5 billion years old, the youthful exoplanet is categorized as a "super-Neptune." About 470 light-years away from Earth, it's located in the Scorpio constellation.

These planets either form near to their star or migrate inward as they form out of the thick disks of gas and dust that surround young stars.

Study co-author Andrew Mann, astronomer at the University of Texas at Austin, speculated that the orbital migration patterns of close-in planets may affect how terrestrial planets form.

Astronomers then conducted additional observations with telescopes to confirm K2-33b's existence and determine the exoplanet's characteristics and properties.