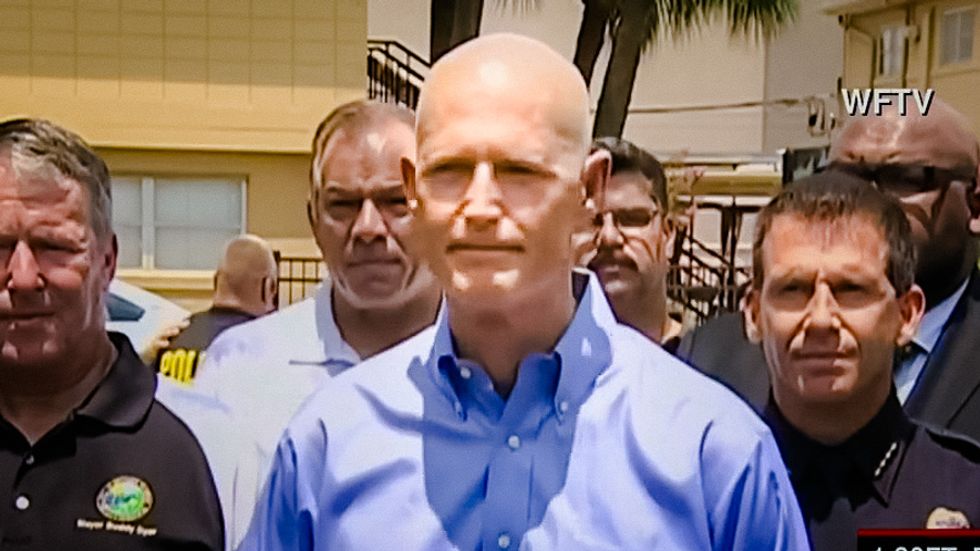 Florida Gov. Rick Scott (R) on Sunday refused to acknowledged that the LGBT community had been targeted by a shooter who killed at least 50 people at a gay-themed night club.

During an interview on CNN, host Jake Tapper pointed out that the LGBT community "appears to have been directly targeted in this attack."

"There are a lot of members of that community and supporting friends and family who are very worried," Tapper explained. "Obviously if this was radical Islam, which the special agent in charge of the FBI suggested it may have been, that is a community that has been under siege from radical Islam."

"Are you taking any special precautions," the CNN host wondered, "especially during Pride month, but also in Florida, which is known as being hospitable to the gay and lesbian community, to make sure that community is protected?"

Scott, however, declined to acknowledge the LGBT community in his response.

"But, I guess my point is you've declared a state of emergency in Orange County," Tapper replied. "But there are areas of the state of Florida -- South Beach, for example -- where there may be a large and thriving LGBT community that might be very, very afraid this morning."

"Are you taking precautions?" the CNN host pressed. "Are you sending law enforcement to make sure there are no copy cats or just in case this individual wasn't a lone wolf, that that community is being protected?"

"Absolutely," Scott replied, refusing to refer to the gay community by name. "We have really good law enforcement in our state. And when something like this happens, one of the first things you do on top of dealing with the issue you have at hand, is say, 'Who else could this impact and what can we do to make sure that does not happen?'"

Tapper concluded by asking the governor what Americans could do to help the victims of this attack.

"Just pray," Scott said. "Pray for the victims, pray for their families, pray that this never happens again."