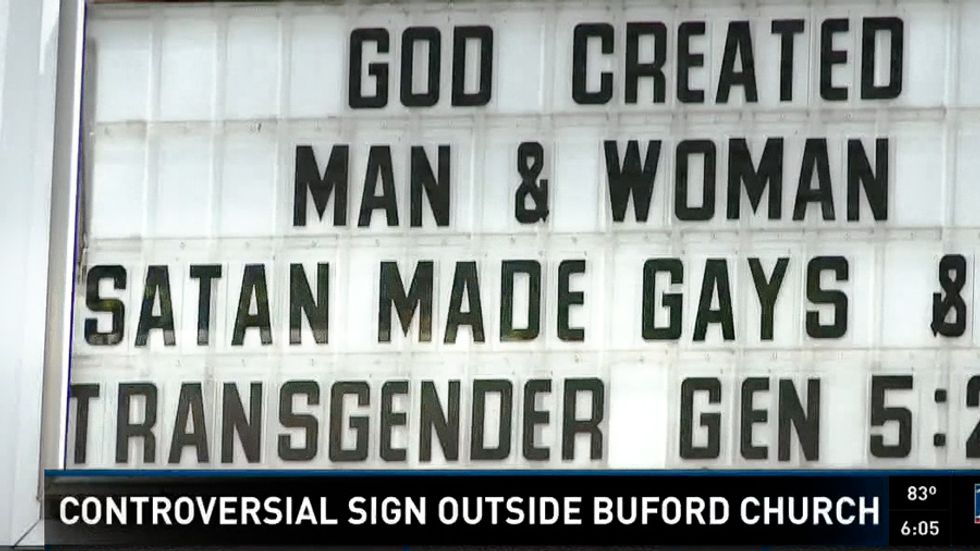 Sign posted at the Outside The Back to the Bible Holiness Church in Buford, Georgia (WXIA/screen grab)

A Georgia church came under fire following the mass shooting of LGBT people at an Orlando night club after the pastor refused to take down a sign claiming that "Satan made gays and transgender."

WXIA reported over the weekend that residents of Buford were concerned that The Back to the Bible Holiness Church was dividing the community with its sign, which reads “God created man and woman. Satan made gays and transgender.”

Pastor Bobby Wright explained to WXIA that he was not concerned about the sign stirring up hatred following the Orlando shootings.

“I haven’t cursed anyone. I haven’t called anyone a name,” Wright told the station. “I’m a voice for the community."

He also insisted that LGBT people would be welcomed at his church.

“The church is open for service," he said. "They’re invited in."

However, Buford resident Prestee Earls said that she did not support the sign's message.

Watch the video report below from WXIA.