Stephen King: Mass shootings will continue as long as anyone can buy a ‘f*cking killing machine’ 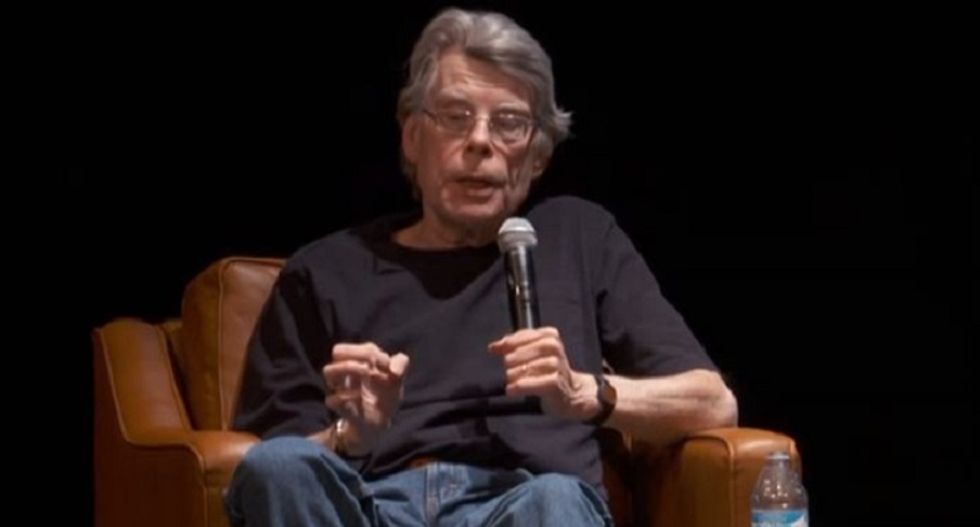 Game of Thrones author George R. R. Martin had a sit-down interview with fellow best-selling writer Stephen King, where they talked about a wide range of issues, including King's latest work, End of Watch.

But the conversation veered toward mass shootings, as King was speaking in the days following the biggest one in recent U.S. history, in which 49 people were killed and 53 wounded at the Pulse nightclub in Orlando, Florida.

“As long as anybody who’s got only two wheels on the road can walk into a store and buy a f*cking killing machine like an AR-15 or something, this is just going to go on," King said. "It’s really up to us."

King's comments come as Democratic lawmakers are sitting in on the House of Representatives floor, demanding action on gun regulation.

He described a main character in his book as a "nobody," like many of the mass killers are.

"[A] lot of these guys are nobodies who see their way to some kind of stardom by creating an act of mass terror. And, of course, the sad thing about this is that we remember the killers long after their victims are forgotten, and that’s one of the things that makes this a self-perpetuating act," Kind said.

“I would argue that someone like the man who shot all these people in Orlando, he may have pledged allegiance to ISIS but before that he was a spouse abuser and somebody with a lot of anger,” King said. "And I think that in a  lot of cases these acts are perpetrated by people who may put some political icing on the cake, but basically they're just f*cking crazy."

Watch King's comments and the entire interview here. His comments about firearms start after the 40-minute mark: