'Trump TV': Trump already has his next grift planned after he loses in November 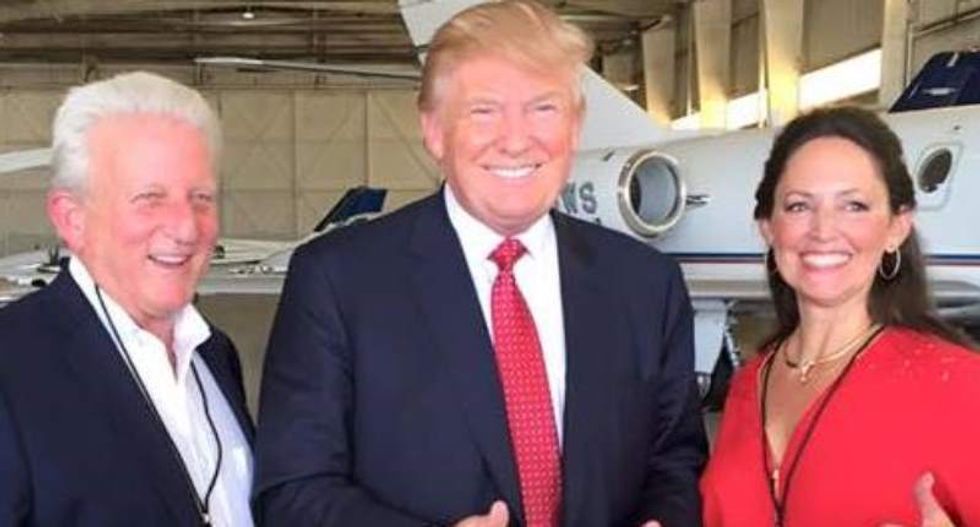 If current polls are any indication, Donald Trump is going to lose the presidential election this fall. But like any good grifter, he already has his eyes on the next con job.

Vanity Fair is reporting that Trump is considering starting his own cable news network that will be targeted at the army of ardent supporters he's garnered throughout the Republican primary campaign this year.

"According to several people briefed on the discussions, the presumptive Republican nominee is examining the opportunity presented by the 'audience' currently supporting him," Vanity Fair's sources say. "He has also discussed the possibility of launching a 'mini-media conglomerate' outside of his existing TV-production business, Trump Productions LLC."

One of the publication's sources explains that Trump believes that "win or lose, we are onto something here. We’ve triggered a base of the population that hasn’t had a voice in a long time."

This is true: The white supremacist community has been a lot more vocal in supporting Trump's candidacy than they have for any candidate since George Wallace. It will be interesting to see if Trump reaches out to the person behind the @WhiteGenocideTM Twitter account and gives him a show.

Of course, setting up such a major cable news network would likely require Trump to first lose in November, as having the President of the United States literally own his own cable news empire would be a massive conflict of interest. Not to mention that being America's Commander-in-Chief is a lot of work, and Trump certainly wouldn't have the time to fulfill his presidential duties while also spearheading his own personal propaganda network... right?