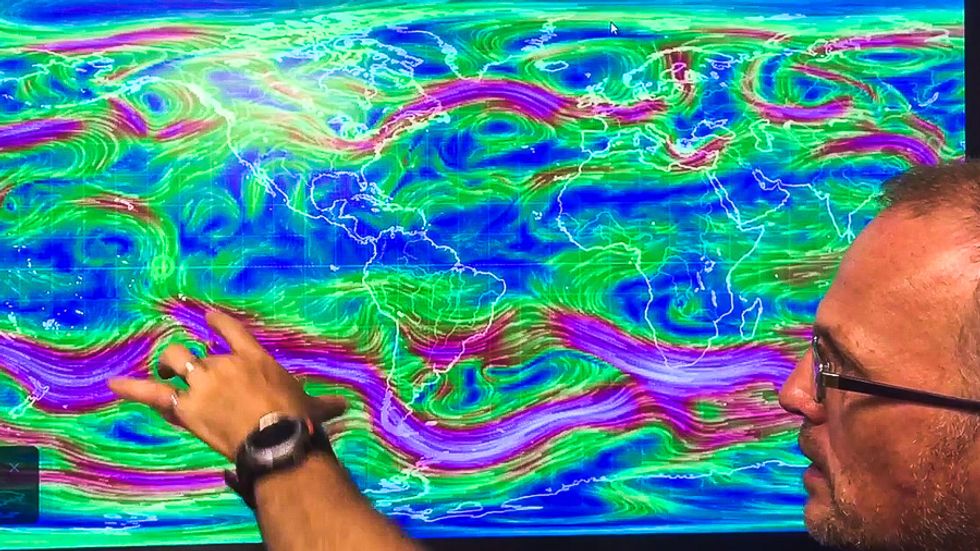 "It’s the very picture of weather weirding due to climate change. Something that would absolutely not happen in a normal world," he wrote. "Something, that if it continues, basically threatens seasonal integrity."

"Like many extreme events resulting from human-forced climate change — this co-mingling of upper level airs from one Hemisphere with another is pretty fracking strange," Scribbler explained. "Historically, the Tropics — which produce the tallest and thickest air mass in the world — have served as a mostly impenetrable barrier to upper level winds moving from one Hemisphere to another. But as the Poles have warmed due to human-forced climate change, the Hemispherical Jet Streams have moved out of the Middle Latitudes more and more. "

"That’s bad news for seasonality," he continued. "You get this weather-destabilizing and extreme weather generating mixing of seasons that is all part of a very difficult to deal with ‘Death of Winter’ type scenario."

"Our climate system behaviour continues to behave in new and scary ways that we have never anticipated, or seen before," Beckwith observed. "Welcome to climate chaos. We must declare a global climate emergency."

In a YouTube video, Beckwith said that the jet stream behavior signaled "massive hits to the food supply" and "massive geopolitical unrest."