Wall Street threatens to revolt if Clinton taps Warren for VP: 'We just can’t trust you' 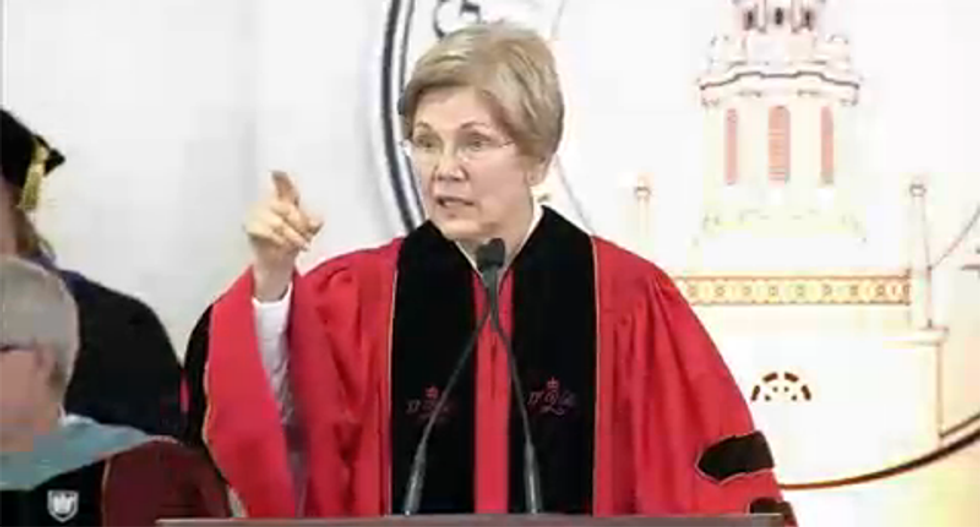 Would presumptive Democratic presidential nominee Hillary Clinton really pick Sen. Elizabeth Warren as her running mate? There are many reasons for skepticism and one of them is that some of Hillary's Wall Street donors are threatening to bolt if she taps Warren for VP.

Politico has a big report out that shows Clinton's Wall Street donors are positively panicky about the prospect of Vice President Warren -- and they're telling the campaign that they'll bolt if Warren comes on the ticket.

"If Clinton picked Warren, her whole base on Wall Street would leave her," one major Democratic donor tells Politico. "They would literally just say, 'We have no qualms with you moving left, we understand all the things you’ve had to do because of Bernie Sanders, but if you are going there with Warren, we just can’t trust you, you’ve killed it.'"

The article goes on to note that Clinton is planning to amass a giant $1.5 billion war chest against Trump and will likely need help from financial to get there.

At the same time, it's hard to imagine many on Wall Street throwing their backing to Trump, whose proposals for immigration and trade would sow the kind of economic uncertainty that's bad for business. So if Clinton actually did pick Warren for VP, it would be very interesting to see where all that Wall Street campaign cash ends up going.