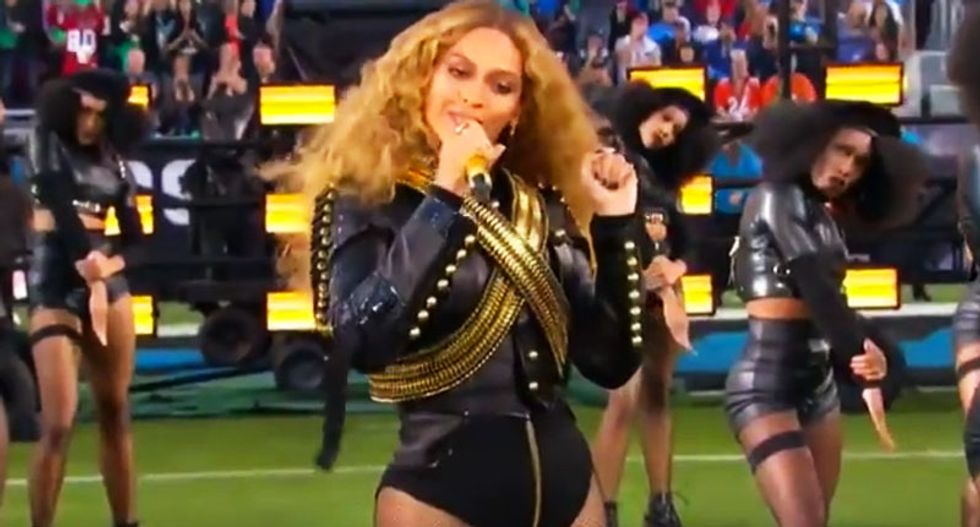 Conspiracy loon Alex Jones had crazed Harlem pastor James David Manning on his show today and the two of them really went to town about how President Obama will stay in the White House after this year's presidential election.

Via Right Wing Watch, here's the gist of it: They believe that criminal justice reform is just a fig leaf being used to cover up Obama's plan to release a bunch of violent criminals onto the streets who will become his personal police force for maintaining power. Specifically, Jones said he thinks that the "Viacom, CIA-run weapons system is activating the Beyoncés and all the rest of the folks to say, ‘Go out and kill the pigs.’”

Activating the Beyoncés! Anything but that!

Manning shared Jones' grim assessment and warned God-fearing Americans to be on the lookout for signs of Obama's sneaky Beyoncé-activation program.

"He’s gonna try something, he’s going to," Manning insisted. "He’s already put it in the works. I mean, remember, Obama is CIA, understand that he is a compadre with Putin in Russia, he’s not gonna walk away from world power. He just isn’t going to do it. And anybody who thinks that he does — now, I’m all for Trump, hey, you know I am, I’m all in on Trump — but anybody who thinks that Obama’s gonna walk away from power, you’re not thinking. You just aren’t thinking."

According to a report from the Washington Examiner, Donald Trump is getting praised for hiring solid professionals to run his bid to win the 2024 Republican Party presidential nomination but there is a nagging fear it could all fall apart as the primary season begins to ramp up.

Following the midterm election, the former president announced his third bid for the presidency which was met with dismay in some Republican quarters after the predicted 'Red wave" failed to materialize -- in part because of the former president's interference in candidate selection.