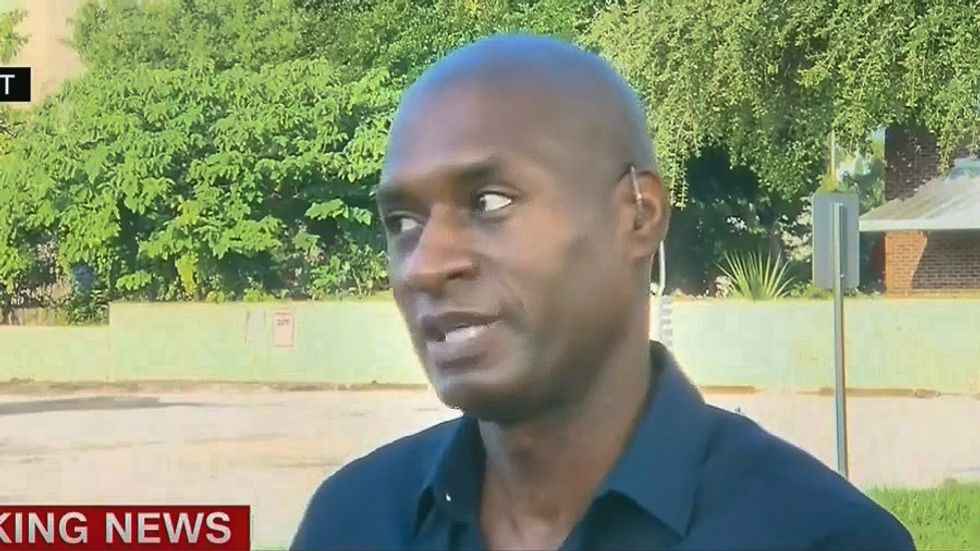 CNN commentator Charles Blow asserted on Tuesday that Republicans were allowing hate to spread by downplaying the idea that homophobia contributed to the terrorist attack on the Pulse nightclub in Orlando.

On Monday, presumptive Republican presidential nominee Donald Trump suggested that President Barack Obama was complicit in the attack on Pulse nightclub in Orlando, saying, “Look, we’re led by a man that either is not tough, not smart, or he’s got something else in mind,”

Speaking on CNN's New Day, Blow pointed out that Donald Trump had always questioned President Barack Obama's "identity, his religion, his kind of fealty to this country."

"If you put it into that sort of context, it is very clear that he means to question his loyalty, his patriotism, whether he has some sort of intimate knowledge of Islamic terror," Blow said. "And that is outrageous."

The commentator argued that it was "not sufficient" for Trump supporters to condemn the billionaire's words while continuing to support him.

Blow observed that Americans who hate Muslims contribute to the radicalization of Muslim Americans. He also noted that the people who were criticizing Obama for not saying the words "radical Islam" were same people who refused to bring themselves to say that the attack occurred at a "gay" nightclub.

And then in only 30 seconds, Blow delivered a lesson on how hatred spreads: