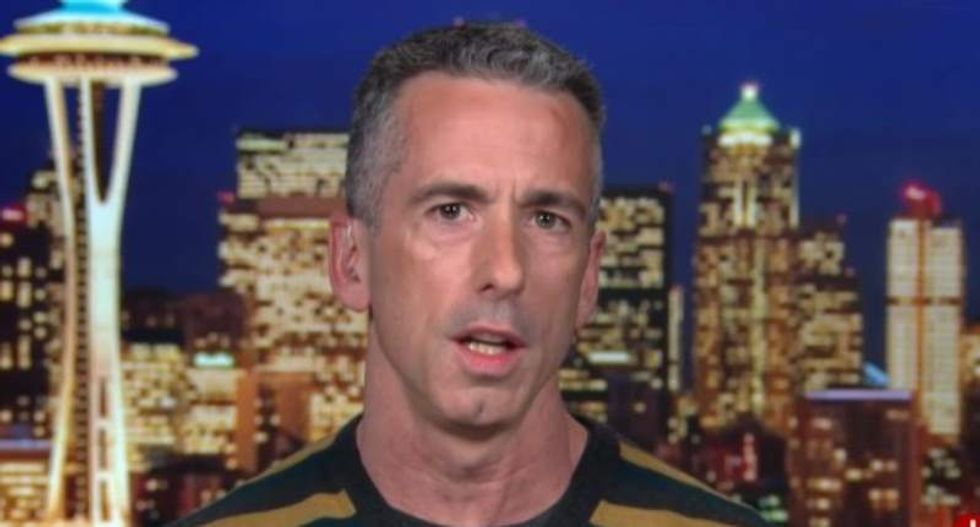 Columnist and activist Dan Savage bluntly rebuked Donald Trump on Tuesday for his response to the Orlando mass shooting attack.

"We're not gonna fall for it," Savage told MSNBC host Chris Hayes. "You can't draw a clean line between the LGBT community and the Muslim community because there are LGBT Muslims in the United States and all over the world. Muslims are a part of the LGBT community, not distinct from it. LGBT people come from all races, all faiths, all ethnic backgrounds, all classes. And Donald Trump attempting to pit the queer community against the Muslim community is not going to fly. We don't believe him."

The presumptive GOP presidential candidate has already drawn heavy criticism -- including from within his own party -- for doubling down on his call to ban Muslim immigration into the US in the wake of the attack. Hayes argued that Trump had also employed "a certain kind of European right-wing politics" in which he uses anti-Muslim and anti-immigration rhetoric to paint himself as an ally to LGBT Americans.

"Hillary Clinton can never claim to be a friend of the gay community as long as she continues to support immigration policies that bring Islamic extremists to our country and who suppress women, gays and anyone else who doesn't share their views or values," Trump said. "Ask yourself, who really is the friend of women and the LB and LBGT community: Donald Trump with his actions or Hillary Clinton with her words?"

But Savage argued that Trump has also promised to undo the legality of same-sex marriage.