Woman who accused Trump of attempted rape in Ivanka’s bedroom lashes out: ‘I didn’t lie — you did’ 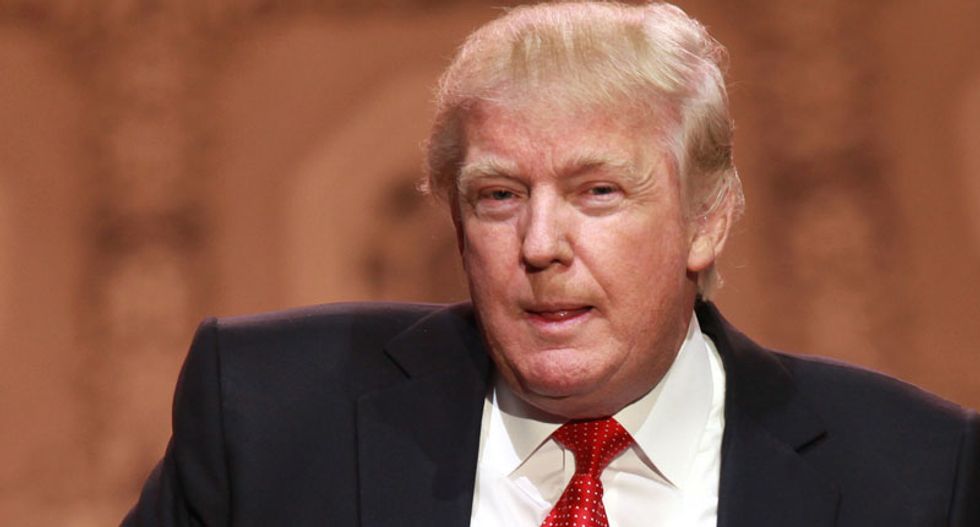 A woman who has accused Donald Trump of sexually assaulting her opened up on Twitter after Trump said the New York Times reports about the allegations were false, LawNewz reports.

Trump was responding to a May article in the Times addressing accusations about his inappropriate or abusive behavior toward women. Aside from Trump's infamous and well-known insults about women's appearances, the article lists troubling and frightening encounters -- including an account by then-beauty pageant producer Jill Hart.

LawNewz reported that Harth in 1997 filed a $125 million lawsuit against Trump, alleging he groped her under her dress on several occasions, "forcibly" took her to his daughter's bedroom in an attempt to have sex with her, where he allegedly touched her private parts "in an act constituting attempted 'rape,'" and repeatedly propositioned her for sex.

“A lot of things get made up over the years,” he told the Times in a response to its reporting. “I have always treated women with great respect. And women will tell you that.”

The Times relied on deposition documents for Harth's story, as she declined to comment.

She continued to stand by them this week, responding to Trump's claims on Twitter that the Times story was false.

"My part was true. I didn't talk. As usual you opened your big mouth," she tweeted.

Harth's deposition claims that she and her boyfriend at the time, George Houraney, were working in the 1990s with Trump on a beauty pageant in Atlantic City. In the 1996 documents, obtained by the Times, she describes the initial encounter.

"Donald Trump stared at me throughout that meeting. He stared at me even while George was giving his presentation. … In the middle of it he says to George, 'Are you sleeping with her?' Meaning me. And George looked a little shocked and he said, 'Well, yeah.' And he goes, 'Well, for the weekend or what?'"

Though Houraney made it clear he and Harth were a monogamous couple, Trump said "Well, there’s always a first time. I am going after her."

“I thought the man was joking. I laughed. He said, ‘I am serious,'" Houraney told the Times.

Harth said Trump groped her under the table that night when the couple joined him for dinner.

“Let me just say, this was a very traumatic thing working for him," she testified.

In the court filing, she also claimed that on January 9, 1993: “Trump forcefully removed (Harth) from public areas of Mar-A-Lago in Florida and forced (her) into a bedroom belonging to defendant’s daughter Ivanka, wherein (Trump) forcibly kissed, fondled, and restrained (her) from leaving, against (her) will and despite her protests.” In the court document, she said that Trump bragged that he”would be the best lover you ever have.”

Trump defended himself by telling the Times it was Harth who pursued him.

Harth blasted Trump's tweet that said, "No wonder the [New York Times] is failing—who can believe what they write after the false, malicious & libelous story they did on me."

@realDonaldTrump @nytimes I didn't lie. You did. stop having your daughter lie for you. You don't give a dam what damage this caused me
— Jill Harth (@Jill Harth) 1466740760.0

@realDonaldTrump @nytimes they got how you were with me right. We were on friendly terms. Buried the hatchet, remember? Stop saying I lied
— Jill Harth (@Jill Harth) 1466740661.0

@NorahODonnell @IvankaTrump @CBSThisMorning Bad enough I had to go through sexual harassment over 20 years ago and now it's all public
— Jill Harth (@Jill Harth) 1466739093.0

@NorahODonnell @IvankaTrump @CBSThisMorning Ivanka stop trying to protect your dad. I used to admire you until you called me a liar.
— Jill Harth (@Jill Harth) 1466739183.0