'You f*cked every f*cking thing up': Voter tells off British PM 'Dodgy Dave' Cameron to his face 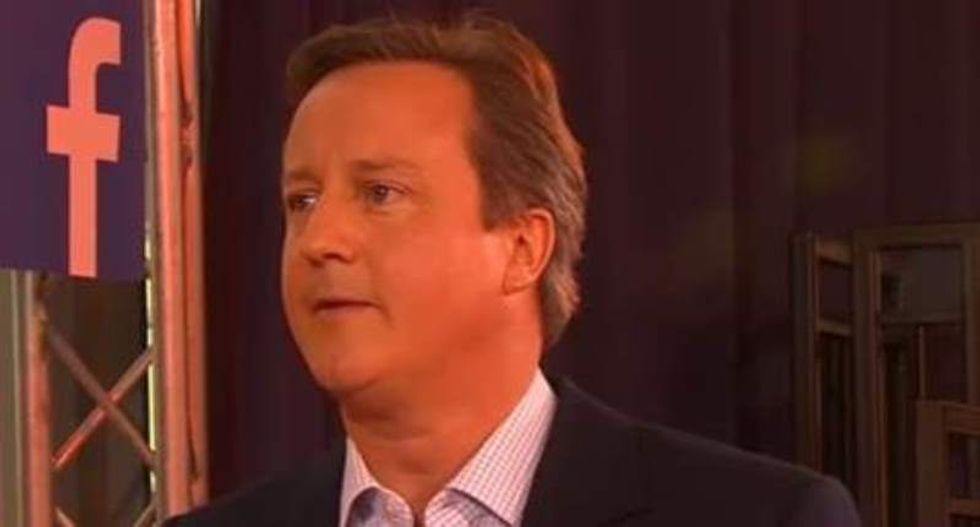 British Prime Minister David Cameron is told off during a debate on June 10, 2016. (YouTube)

British Prime Minister David Cameron got an earful from a dissatisfied voter on Friday during a televised debate regarding the country's prospective departure from the European Union.

One audience member, who identified herself as Yasmin, told Cameron that she would vote for the country to stay in the EU, but not because of the policies of Cameron's party.

"I hate the Tories," she said. "You f*cked every f*cking thing up in this country. You've screwed students, you've screwed the disabled, [the] vulnerable. I mean, seriously. I've heard that you want to take back the Human Rights Act as well, and I could totally believe that. I wouldn't put that past you at all, dodgy Dave."

"Well yes, but I don't want to put you off," Cameron quipped in response.

According to the Guardian, Cameron's party has indeed explored the prospect of abandoning the measure as part of an effort to separate its court system from the European court of human rights, though no concrete action has taken place.

British voters will go to the polls on June 23 to vote on the referendum concerning leaving the union. The Daily Mail reported that a poll of 2,000 people on Friday showed that 55 percent of respondents favored leaving the EU, while 45 percent voted in favor of remaining within the group.